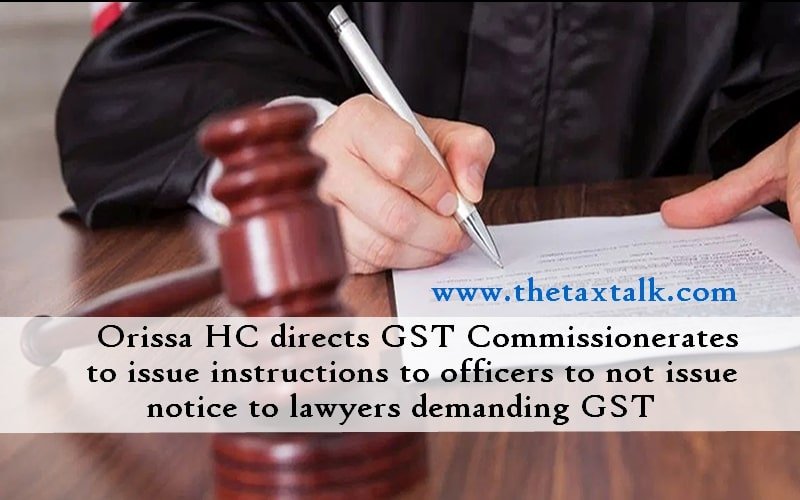 Devi Prasad Tripathy v. Principal Commissioner CGST & Central Excise, Bhubaneswar – [2021] 128 taxmann.com 413 (Orissa)
The petitioner was an advocate and the department issue notice to submit documentary evidence to prove that he was a practicing individual lawyer and did not come under provisions of GST or service tax.
The department submitted that “after receiving information from Devi Prasad Tripathy having PAN as being an individual advocate practicing in the Hon’ble High Court of Odisha”, further proceedings against him are dropped.
The petitioner submitted that a similar notice was issued to him in 2017 to which he replied, pointing out how he was not liable to pay any service tax.
The Honorable High Court noted that during the hearing, certain other advocates present in the Court also stated that they too have received such notices.
It appears that despite knowing fully well that advocates are not liable to pay service tax or GST, notices continue to be issued to them by the GST Commissionerate.
Therefore, the Court directed the Commissioner GST to issue clear instructions to all the officers in the GST Commissionerates in Odisha that no notice demanding payment of service tax/GST will be issued to lawyers rendering legal services and practising advocates should not have to face harassment
Tags: Orissa HC directs GST Commissionerates to issue instructions to officers to not issue notice to lawyers demanding GST