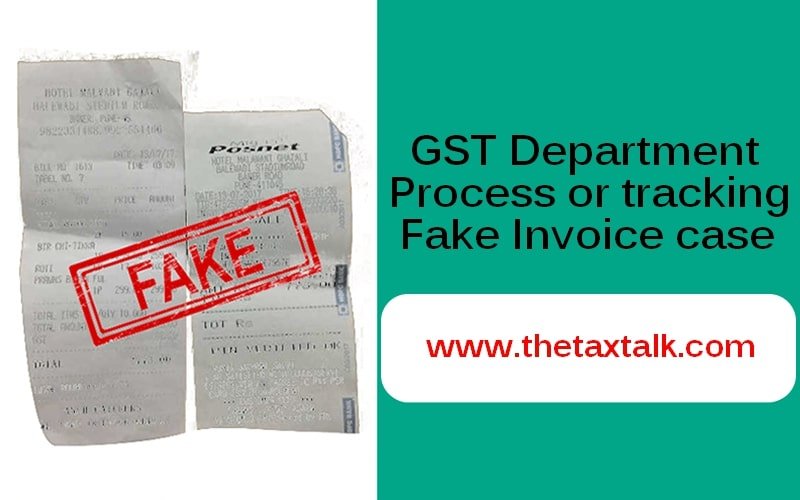 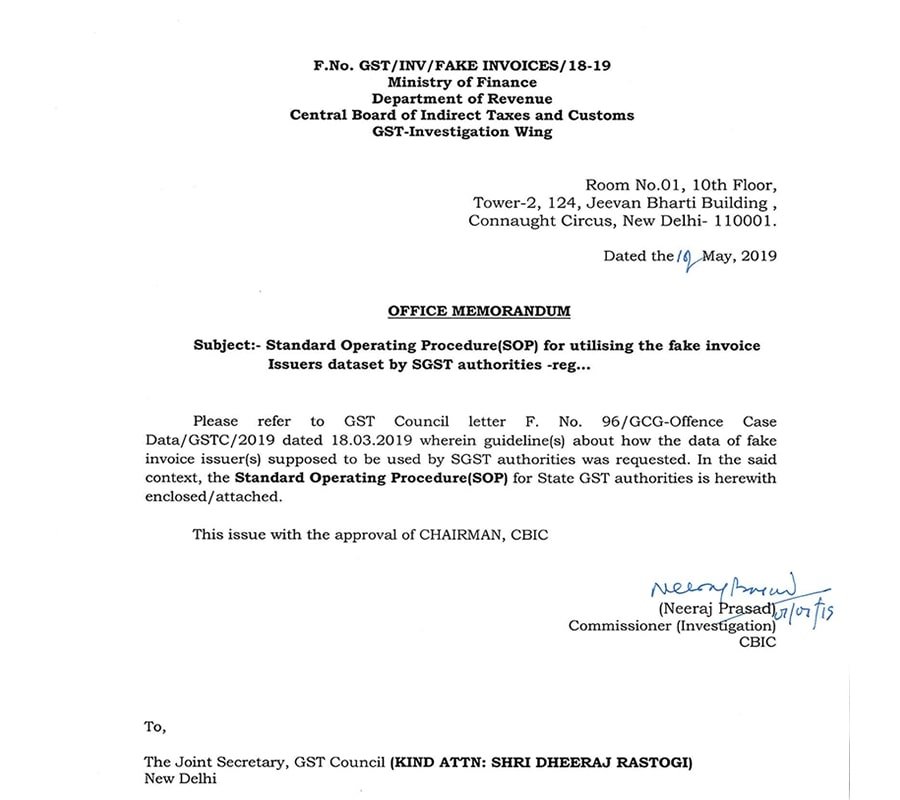 1.1 Large number of GST fraud cases involving the use of fake invoices for wrong availment of input tax credit (ITC), which is further used to pay GST on outward supply have been detected since the rollout of GST by the Central GST authorities as well as State GST authorities. Whereas the mens rea for the use of such fake invoices appears to be fraudulent availment/encashment of ITC credit, the unscrupulous entities engaged in this also defraud other authorities such as Banks by inflating turnovers, laundering of money

2.1 The “Invoices” that are usually treated as ‘fake’ are those wherein the GST invoices are raised by an entity without actual supply of goods or services or payment of There are three ways in which such fake invoices could be misused in the GST regime.

3.1  An illustrative list of motives that drive unscrupulous entities to generate of use fake invoices is as follows:

1. Evasion of GST on taxable output supplies by:

2. Converting excess ITC into cash by:

3. Inflatingturnover for the purpose of:

4. Booking fake purchases for getting Income-tax benefits by:

4.1 Some salient features that have emerged from the GST fraud cases already detected are as follows:

5.1  The frauds in question need to be tackled by putting in place a regime that enables to the extent possible the identification of suspect entities at the initial stage itself and in other cases the detection of GST frauds at the The former becomes especially important as the past experience is that many of such operators have a tendency to operate through impersonation in the name of dummy persons who have no real assets making it virtually impossible to recover any amounts from them, if a case is detected at a later stage. In this direction the following safeguards are suggested as key elements of risk profiling to check such GST frauds:

d) Some of the risk indicators of such persons or activities done by them or commodities traded by them or patterns behind their activities are as under:

Identification also involves the users of fake invoices because, this where the real concern rests. The user can utilise the fraudulent credit for payment of supply of goods or services. The item number “h and i” above will help in identifying the potential users of credit accumulated through fake invoices.

6.2 Investigation: The primary aim of investigation is to establish that there was actual supply of goods or services by the supplier to prove that they issued “fake invoices”. This can be achieved by following

Once it is completely investigated resulting in the issue of SCN or any other penal actions, steps to be taken to prevent the same entities indulging again in the same fraud. This can be achieved through the following steps.