Claim of deduction towards TDS receivable written off, its disallowance by Assessing Officer and Validity of Penalty levied 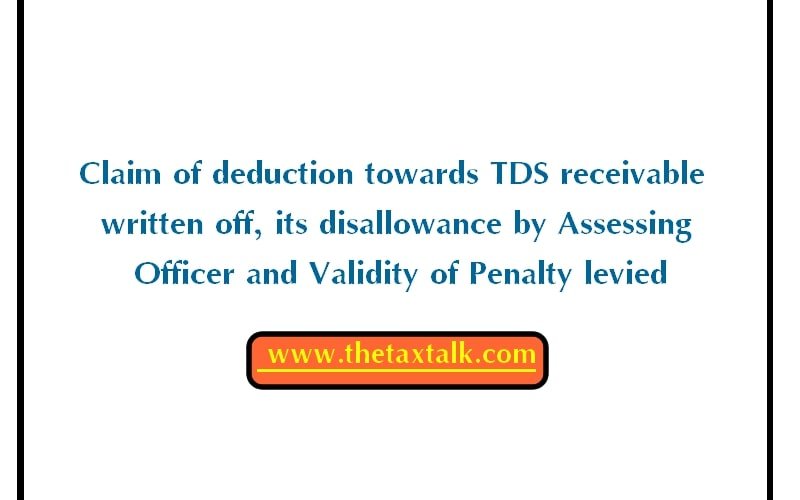 Claim of deduction towards TDS receivable written off, its disallowance by Assessing Officer and Validity of Penalty levied

Claim of deduction towards TDS receivable written off, its disallowance by Assessing Officer and Validity of Penalty levied. This was an issue before ITAT Delhi in the case of Shri Charanjit Singh, New Delhi vs ITO. The court observed as under

In the Income-Tax Appellate Tribunal,

B-6/8, Commercial Complex, Opposite

That the above grounds of appeal are without prejudice to each other.

That the appellant reserves its right to add, alter, before or at the time of hearing of this appeal.”

271(1)(c) of the Act read with section 274 dated 29.11.2012 was issued and served upon the assessee company. The assessee filed reply to the notice. After considering the reply, the Assessing Officer held that the assessee has not furnished accurate particulars of its income to the extent of Rs.14,50,350/- and hence, imposed penalty of Rs.4,92,973/-.

Copy of order forwarded to: