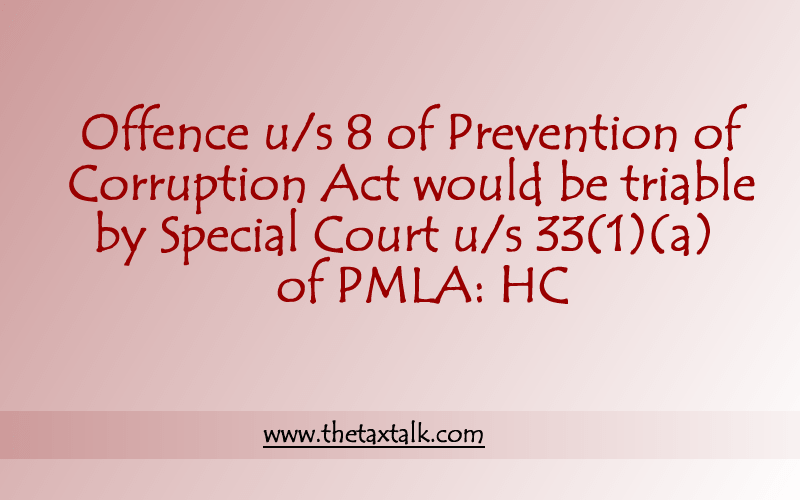 The petitioner submitted that since Special Court, PMLA was not empowered to try cases for offences under PC Act, the impugned order transferring the case to such a court, which did not have jurisdiction to decide it, was patently erroneous and was liable to be set aside.

However, the HC found that PC Act and PMLA Act are both special statutes in their fields and both relate to different offences and none of the two enactments can be considered as general or special concerning other.

Further, clause (a) of section 44(1) of PMLA expressly provides that scheduled offence and an offence punishable under section 4 of PMLA shall be triable by Special Court constituted for an area in which offence has been committed.

Therefore, where the petitioner was being tried for an offence under section 8 of PC Act, pursuant to FIR, which was a scheduled offence, in terms of clause (a) of section 44(1) of PMLA, said the offence was triable by a Special Court, PMLA.