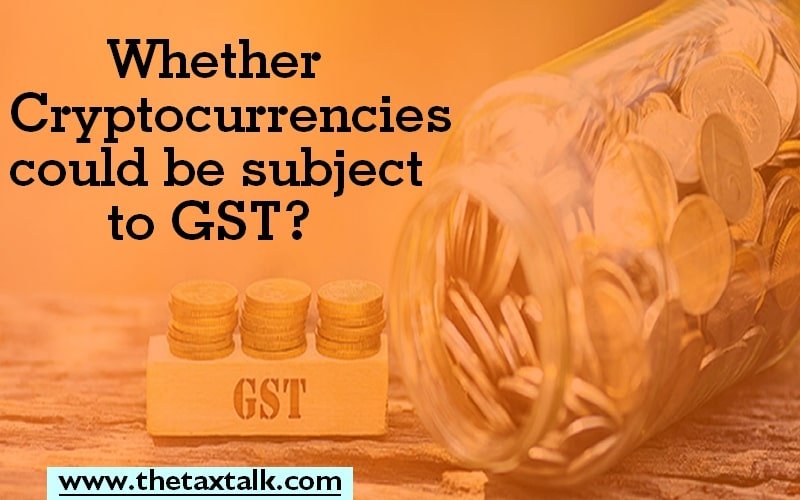 Virtual currency is getting popular across the globe & picking up in the Indian market as well. Cryptocurrencies like Bitcoin, Dogecoin, Ethereum, etc have resulted in a digital revolution & is increasingly used as a medium of exchange for online goods and services. Few companies like Microsoft, Tesla, Apple, etc have also started accepting it as a consideration against sale.

Every new transactions requires revisit to the existing provision of tax law. So is the case of Cryptocurrency Crypto currency is considered as a quasi-currency in digital forms and often termed as Digital Money. There are lot of person in whose case the sale transaction is exceeding the threshold limit of Rs. 40 Lakh for GST registration for majority of the states. Now, question emerges whether Cryptocurrencies could be subject to GST?

The basic fundamental principle of GST levy is that it is applicable on “Supply of Goods & Services”.

The definition of “supply” as given in Section 7 of the CGST Act is very wide and will include transaction of cryptocurrency as well.

Whether Cryptocurrencies could be considered as Service?

It typically does not exist in physical form (like paper money) and is typically not issued by a central authority. Certainly, the sale of cryptocurrency is not a “Service”. Whether it is a goods is the question we need to analyse.

Whether Cryptocurrencies could be considered as Goods?

In view of this, GST may be levied on sale or transfer of cryptocurrency

Tags: GST on bitcoinGST on Cryptocurrency