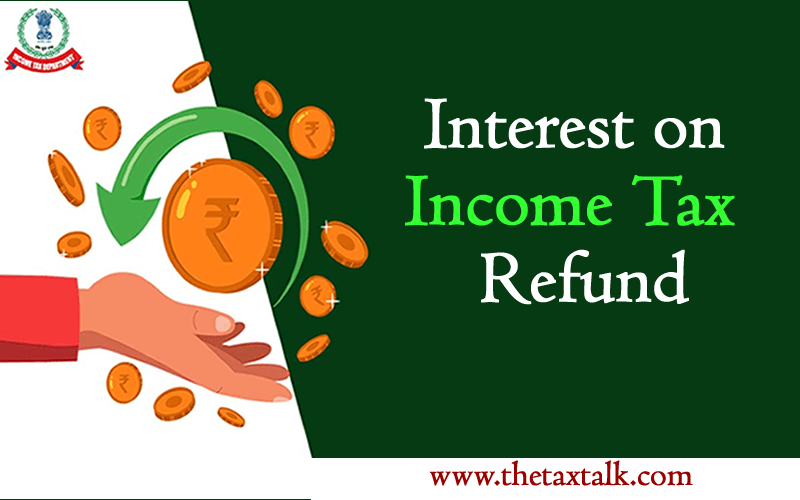 There are various knowledge sharing materials which are provided by the Income Tax Department for the update of the member. It acts as a guide to the taxpayers, tax professional & tax authorities in making the due compliances. One such knowledge sharing content is with regard to the income tax refund.

When the tax paid by the taxpayer (could be in the form of advance tax or tax deducted/collected at source or self-assessment tax or payment of tax on regular assessment) is more than the required amount, he will be eligible to claim refund of the excess tax paid by him. Sections 237 to 245 deal with the provisions relating to refund of tax.

When does the refund arise?

How to claim refund?

If the taxpayer has to make a claim of refund, then the claim should be made in Form No. 30. However, w.e.f., 01-09-2019, the Finance (No. 2) Act, 2019 has amended this provision to provide that the refund can be claimed only through filing of return of income within the time limit prescribed under Section 139.

Circular 9/2015 [F.NO.312/22/2015-OT], dated 9-6-2015 is issued by the Central Board of Direct Taxes (CBDT) for dealing the matters relating to applications for condonation of delay in filing returns claiming refund and returns claiming carry forward of loss and set-off thereof. This Circular is issued in supersession of all earlier Instructions /Circulars /Guidelines issued by the CBDT relating to above discussed matter of condonation. The Circular containing comprehensive guidelines on the conditions for condonation and the procedure to be followed for deciding such matters. The details in this regard (as given in said Circular) are as follows:

iii. The refund has arisen as a result of excess tax deducted/collected at source and/or excess advance tax payment and/or excess payment of self-assessment tax as per the provisions of the Act.

As per section 240, in a case where the refund becomes due as a result of any order passed in appeal or other proceeding under the Act, the Assessing Officer shall, except as otherwise provided in the Act, refund the amount to the taxpayer without his having to make any claim in that behalf.

Interest on refund which arises out of appeal effect

Interest on refund of TDS to deductor

Where refund of any amount becomes due to the deductor in respect of TDS/TCS paid to the credit of the Central Government, such deductor shall be entitled to receive, in addition to the said amount, simple interest thereon calculated at the rate of one-half per cent for every month or part of a month comprised in the period, from the date on which—

(a) claim for refund is made in the prescribed form; or

to the date on which the refund is granted.

Withholding of refund in certain cases

Where, notice under section 143(2) has been issued to assessee and Assessing Officer is of opinion that grant of refund is likely to adversely affect the revenue, he may after taking prior approval of Principal Commissioner or Commissioner withhold the refund up to the date on which the assessment is made.

No interest in certain cases

The taxpayer will not be entitled to any interest on refund, if the proceedings resulting in the refund are delayed for the reasons attributable to the taxpayer or the deductor (whether wholly or in part). In such a case, the period of the delay so attributable to him shall be excluded from the period for which interest is payable.

Variation in the amount of refund

In a case where the interest is reduced, the Assessing Officer shall serve on the taxpayer a notice of demand in the prescribed form specifying the amount of the excess interest paid and requiring him to repay such amount.

Power of tax authorities to set-off the refund

At times, it may happen that, refund may be due to the taxpayer for some assessment year(s) and there may be some tax demand remaining payable by the taxpayer. In such a case, section 245 empowers the tax authorities to set-off the refund due to the taxpayer against the amount due from him.

As per section 245, where a refund is found to be due to any person, the tax authorities authorised in this regard, may, in lieu of payment of the refund to the taxpayer, set off the amount to be refunded or any part of that amount against the sum, if any, remaining payable by the person to whom the refund is due. However, such an action can be done only after giving an intimation in writing to such person of the action proposed to be taken.