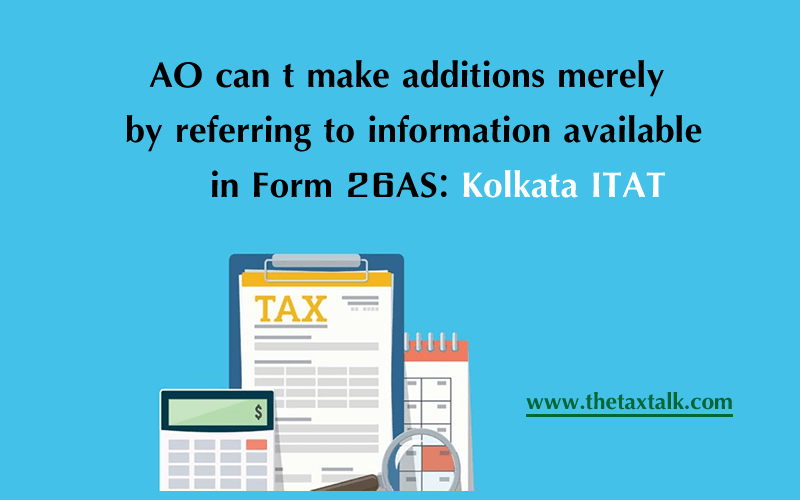 Assessee was engaged in the business of handling, maintaining, cleaning aircraft etc.

From a perusal of the profit and loss account, Assessing Officer (AO) observed that the income shown by assessee was less than the amount reflected in Form No. 26AS.

Assessee also explained that the discrepancy occurred due to wrong data or information filed by payee Airlines.

The differential amount relates to the said company and not to them. Further, it had not claimed any credit for the TDS of the bills, which were shown in Form No. 26AS as same were not part of its turnover.

AO acknowledged that assessee also furnished some copies of the communications it had with the Airlines showing transfer of business and other related matters.

However, according to AO assessee was delayed in submitting details during the assessment proceedings.

Therefore he did not get any opportunity to cross-verify the claim’s veracity.

Therefore, the differential amount was considered as concealed by an assessee and added to the total income.

Aggrieved by order of AO, assessee preferred an appeal before CIT(A). CIT(A) deleted the additions by holding that AO was duty-bound to verify the veracity of the claim since assessee had placed enough material before AO to support its contention/explanation in respect of mismatch.

On revenue’s appeal, Kolkata ITAT held that only because there was a mismatch between Form No. 26AS and turnover showed by assessee in its P& L account, it couldn’t be the sole basis on which the entire addition of the difference could have been brought to tax.