All about NRO and NRE accounts 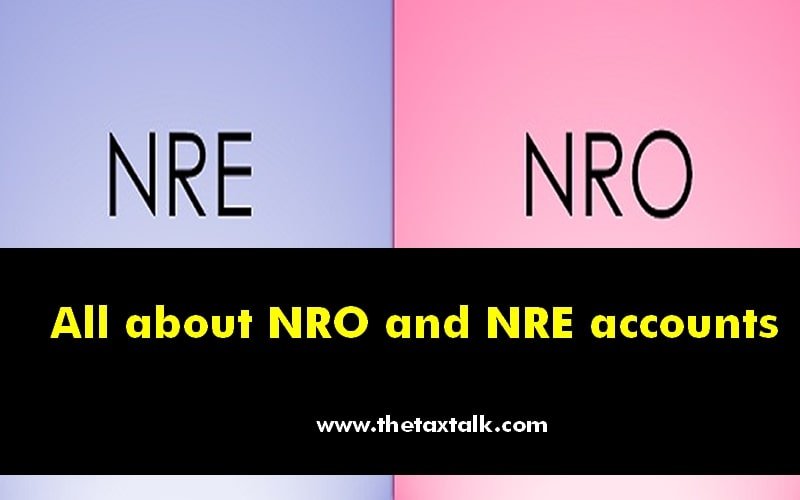 All about NRO and NRE accounts

Non-Resident Indians often need to keep an account in India, in order to meet expenses for their parents, or for investments in India or for their retirement planning or for various other reasons. On a number of occasions, it has been seen that people are confused with respect to the different kinds of accounts that they can maintain and how the same can be operated.

With this article we try to simplify the two major kind of accounts available to Non- Residents – NRE and NRO, with their salient features and the use case.

Before understanding the same few terms need to be understood.

Normally Non-Residents are not permitted to open a Bank account in India, however, general permissions have been granted to Banks in India to open the following accounts:

Comparison of various features of NRO and NRE Account

Transfers can be made on furnishing Form 15CA and 15CB only.

How to choose which account is best for one’s use?

Often, the answer to whether an NRI should have an NRE or an NRO account is hidden in the end use of the same. It is a customized choice and a “one size fits all” approach cannot be taken up for the same. However, prime consideration may be given to the following:

For any queries you may reach us at ravi@raviladia.in or through www.raviladia.in

Tags: All about NRO and NRE accounts