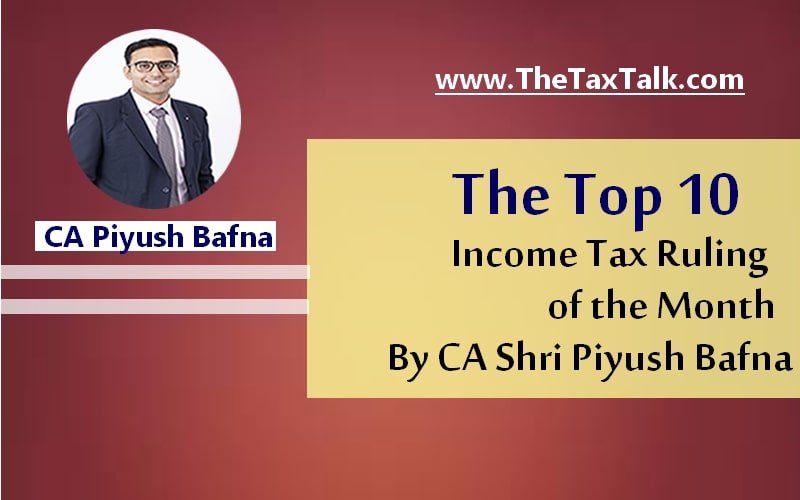 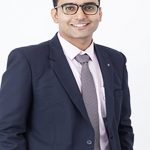 In this article, I have attempted to summaries Top-10 ruling under the Income Tax Act, 1961 highlighting ratio of the decision and what it holds for future practice. I hope it will serve useful purpose.

Assessee was a charitable trust registered u/s 12AA. One of the interesting issue involved in this case was that, the assessee computed its rental income as per sections 22 to 27 of the Act. Of such computed rental income, assessee applied 85% for charitable purposes and claimed entire gross rental income as exempt u/s 11. However, the Income Tax Officer took into consideration the gross rental receipt and held short fall not eligible for exemption u/s 11.

In this background, Hon’ble High Court in para 10.1 held that the income from house property has to be first computed by applying provisions of section 22 to 27 and thereafter, if 85% of said computed income is applied for charitable purpose, entire income from house property will be exempt u/s 11. Thus, gross income need not be applied to compute amount of application 85%.

Assessee was engaged in the real estate business and purchased agricultural land from farmers and made cash payment towards purchase of those land. Assessee produced evidence by way of confirmation letters from agriculturists to show that they insisted on cash payments as they do not have bank accounts. In this facts, Tribunal held that there was business expediency as the Assessee could not have carried the business but for the cash payments for purchase of lands and hence this case does not warrant any disallowance under section 40A(3)

Section 56(2)(viib) dealing with taxation of receipt by a private company is not applicable when shares are issued at face value or price lower than face value. It will be applicable only when share price is in excess of face value of shares.

Decision of Supreme Court in the case of NRA Iron and Steel upholding addition of share premium received by the private company u/s 68 of the Act was based on peculiar facts of that case and once it is shown by the assessee that its facts are different, then said decision of NRA Iron cannot be applied mechanically.

Additionally, in this case AO had relied on interest data of banks to compare assesse’s project cost with market values and computed addition. In this background, Hon’ble Tribunal held that the information which is available on the Internet cannot be relied upon by the AO blindly until and unless it is compared with the actual facts and figures.

Hon’ble High Court held that the core function of a DTAA is to aid commercial relations and equitable distribution of tax revenues in respect of income which falls for taxation in both the deductor and the deducteecountries.

It also held that international double tax avoidance treaties should not be interpreted applying technical rules which govern the interpretation of domestic/municipal law since said international treaties, conventions and tax treaties are negotiated by diplomats and not necessarily by men instructed in the law.

In this case, High Court also adopted ambulatory approach than static approach while interpreting tax treaty between India-Netherland and also emphasised on following the interpretation of treaty given by other country by adopting principle of ‘Common Interpretation’ of treaties.

In this case, assessment was taken up u/s 147. Assessee specifically requested for suppling copy of reasons recorded. However, till completion of assessment, same were not given to the assessee. Assessee challenged the validity of the order passed u/s 148.

A search and seizure operation was carried out on the assessee and assessments were taken up under section 153A. Section 153D mandates approval of Additional or Joint Commissioner before passing final order under section 153A or 153C (search or requisition matters). In this case, AO submitted draft assessment order before Addl. CIT for his approval on 29-12-2010. Addl CIT on 31-12-2010 mechanically gave his approval without looking into records of case or causing any enquiry. AO then passed final order.

During the appellate proceedings assessee challenged validity of order on the ground of lack of proper sanction u/s 153D.

In this backdrop, Tribunal held that Addl. CIT had routinely given approval to the AO to pass the final order only on the basis of contents mentioned in the draft assessment order without any application of mind. It further held that not looking at seized materials and/or failure to carry any other enquiry and examination shows that Addl. CIT’s approval was a mere formality and cannot be countenanced in law. Thus, tribunal held the assessment order passed u/s 153A as bad-in-law.

Third proviso to section 254(2A) giving mandate to the Income Tax Appellate Tribunal for mandatory vacation of stay of demand after expiry of 365 days despite delay in disposing off appeal not attributable to the assessee is held to be arbitrary as well as discriminatory and hence, violative of Article 14 of Constitution of India.

Hon’ble Supreme Court then read down the said third proviso to section 254(2A) to hold that the extent that the vacation of stay of demand after 365 days will attract only if the delay in disposing off appeal is attributable to the assessee. In other words, Tribunal can extend stay of demand beyond 365 days if delay in disposing appeal is not attributable to the assessee.

In this case there was search action in which some unaccounted transaction was found. Before completion of assessment proceedings, Department has initiated prosecution u/s 276C(1) on the ground that there is an attempt to evade taxes.

Against this assessee approached High Court.

In this case there was cash deposit of Rs 27 lakh in the saving bank of the assessee. Assessee denied the same stating that his account was misused by bank official and it was unauthorized cash deposit. Also bank did not maintain PAN record or denomination of notes. This amount was not withdrawn by the assessee but internally transferred to another account. However, disregarding all these facts, AO and CIT(A) solely relied on the alleged signature of the assessee on a single deposit slip and added entire 27 lakh as income of the assessee.

In this background, tribunal held that the addition made by the Income Tax Department is a prime example of gross carelessness and abuse of power reeking of multiple failures and exhibiting continued lapse of fair dispensation of justice raising many a question on the whimsical biases of the tax authorities and remanded matter to AO.

Tribunal categorically held that in order to achieve dream of 5 trillion dollar economy, the tax authorities necessarily need to have effective and meaningful protocols in place in order to ensure that they are not only trained to be citizen friendly but also seen to be so with robust powers of engaging positively with small town assessees and enabling them to be tax compliant. To expect that the U.S.D. 5 trillion aspirations can be realized with selective encouragements without the active involvement of the village economy and the small town aspirations is being very short sighted. The aspirations can only be realized if the Indian juggernaut in its entirety is put in motion. The Tribunal also advised to set up ‘Tax Advisory Cell’ to have citizen/assessee friendly environment and trained tax workforce.