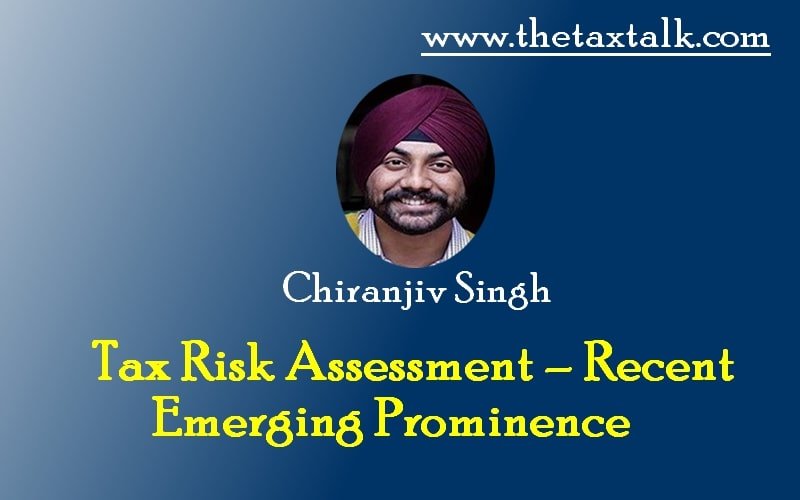 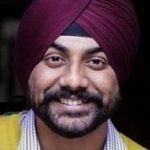 While the functioning of Income Tax Law and tax administrations may vary significantly in different jurisdictions around the world, but one concern that is shared amongst every tax administration is the inverse relation of limited resources to increasing number of taxpayers. This is an undeniable fact that the tax administrations cannot enforce resources to perform a thorough audit of every possible case, and hence, deliberation is required on how to most effectively deploy the available resources. With such constraint in place, there has been enormous increase in the litigation resulting from ad-hoc picking of cases for scrutiny, leading to hardship for taxpayers that in reality poses low or minimal risk for any possible tax avoidance.

Compared with other countries, India’s tax litigation numbers, pendency, and resolution time is significantly higher.Based on the data captured in the economic survey, the estimated average pendency of tax cases in high courts is at nearly six years. As at March 31, 2017, the survey found that about 137,000 direct tax cases were pending at Tribunal to Supreme Court level. Owing to such pendency, a quantum of approx. INR 49,600 trillion of income tax claims is blocked in such pending cases[1]. This has only lead to creation of a non-conducive environment for the Multinational Enterprises (“MNEs”) operating in India, owing to increased litigation costs incurred, which at a group level becomesa signaling factor.It is not an escaping fact that the extent of litigation has multiplied significantly over the years seeding from the increased number of cases selected for scrutiny at lower level and majority of which involves adjustments on account of Transfer Pricing related issues.

With changing global environment and new tax reforms in pursuit, tax bodies tend to face new challenges which may lead to unintended and unexpected tax revenue consequences. The need to identify and challenge such arrangements (by way of audit, litigation, law reform and policy work) makes the task of revenue bodies both more difficult and expensive. Hence, it becomes critical for tax bodies to work together where beneficial and practical, and to allocate available resources in a targeted and effective manner.

In this backdrop, the article intends to provide an overview on the mechanism followed in selection of cases for scrutiny including with paradigm shift to more risk intensive approach. The tax administrations, with adopting modern and progressive techniques, has intensified the scrutiny of cases more specifically on Transfer Pricing issues, and hence, it becomes imperative for the taxpayers to become pro-active in assessing and identifying their possible tax risk areas and devising suitable strategies for mitigating the same.

The tax authorities in India have over the years, evolved in structuring its mechanism for selection of cases for scrutiny assessment. The transformation varied from the manual picking up of cases to technology driven computer assisted procedures.Further, for transfer pricing cases, Central Board of Direct Taxes (CBDT), in regular intervals, issued guidance for the Assessing Officer (AO) to follow while referring cases to Transfer Pricing Officer (TPO). This was previously based on the quantum of international transactions ranging from INR 5 crores[2] to INR 15 crores[3].

In the year 2016, CBDT vide Instruction No. 3/2016 revised and updated the previous instructions with a more practical and rationale approach byintroducing risk-based factors for selecting cases. The instruction inter alia, specified for mandatory reference to TPO if the reason or one of the reason for selection of a case for scrutiny is TP risk parameter. However, further details on basis of such TP risks such as nature, type, criteria, etc.,is something which tax administration has kept enigmatic.

Globally, many jurisdictions are following a risk based mechanism for selecting and scrutinizing a case for detailed examination owing to finite resources. The relevance of a risk parameter in selecting a case was acknowledged by the Indian tax administration in the year 2014[4], by creation of Directorate of Income Tax (Risk Assessment), CBDT, headed by a Director General of Income Tax (DGIT), which is also the prescribed income tax authority for filing of Country-by-Country (CbC)Report and Master File. However, in a recent notification, CBDT has amended the same to specify Joint Commissioner as designated by DGIT (Risk assessment) to be the prescribed authority.

Presently, the Indian tax authorities adopts following techniques in order to select cases for detailed scrutiny (other than compulsory manual selection of cases):

The importance of risk based assessment is emerging to be the new norm for the tax administrations across jurisdictions, including India. Tax bodies are now more vigilant in identifying and focusing their resources on auditing such taxpayers that poses higher risk of possible tax consequences adversarial to tax administrations.

Risk assessment usually involves tax bodies identifying, analysing and prioritising the risks presented by taxpayers (nationally and internationally) that might otherwise prevent them from achieving their function of collecting the appropriate amount of tax. The result of risk assessment is a risk profile for each taxpayer. A risk profile might reflect the behaviour of taxpayers over a number of years. A risk profile may be generated based on different parameters, for instance, calculating an effective tax rate, previous year audit records, consistent losses vis-à-vis industry profitability, etc.

The process of risk assessment and resultant risk profiling of taxpayers is now complemented with an unprecedented access to the information by the Indian tax administration about taxpayer’s operations and intra-group arrangementsflowing from variety of sources. The tax authorities not only have an eye on information voluntarily filed by taxpayers but also on details to which even local taxpayer don’t have access such as CbC Report. Besides this, the department also collects large amount of information on taxpayers from third parties such as banks, property registry offices, insurance companies, etc., which are used to match up taxpayers data for audit purposes. Other key sources of information are as follows:

Amongst the above listed sources, the most critical information is envisaged to be the CbC Report, which can be obtained through consultation with tax authority of other jurisdiction via tax exchange information mechanism. Tax administrations have started modifying their existing risk assessment procedures to incorporate the use of CbC Report and make effective use for carrying out risk assessment. The Organisation for Economic Co-operation and Development (OECD) have adequately addressed this in its handbook i.e. CbC Report – Effective tax risk assessment published in the year 2017. On similar lines, CBDT released an internal instruction[5] providing guidance on fundamental aspects such as access, appropriate use and confidentiality of CbC Reports. It outlines various purposes for which information in CbC Report would be used, which inter alia includes

Recently, OECD in its public consultation document on review of CbC Report, indicated that it is currently developing a CbC reporting Tax Risk Evaluation & Assessment Tool (TREAT), which will support tax administrations, including those from developing countries, in reading and interpreting CbC reports.

The impact of widened exposure of information to tax administrations is being witnessed in the audit cycle for financial years commencing from 2016-17, the first year of CbC and Master File filings in India. Also, the ongoing Covid pandemic amplifies the importance of risk assessment for both tax administrations and taxpayers owing to major business disruptions and possible changes in supply chain / intra-group pricing policies. Though it is expected that majority of businesses, small or big, is likely to be impacted with Covid, the task for tax administrationswould be to perform objective risk assessment of available intelligence to identify higher risk taxpayers. This alarms the situation for the taxpayers to extensively analyse their existing cross border arrangements with augmented information and self-assess the existence of any potential risk, especially on transfer pricing. In this scenario, tax advisors are also very crucial players in the tax system and tends to have a significant impact which is largely positive. Tax advisors, being the representative face for taxpayers, should conduct continuous and harmonious interactions with tax bodies to enable greater transparency and increased confidence. Similarly, by supporting and influencing one tax advisor, a revenue body can support and influence the behaviour of many taxpayers. Tax bodies should actively support this positive contribution to the tax system.