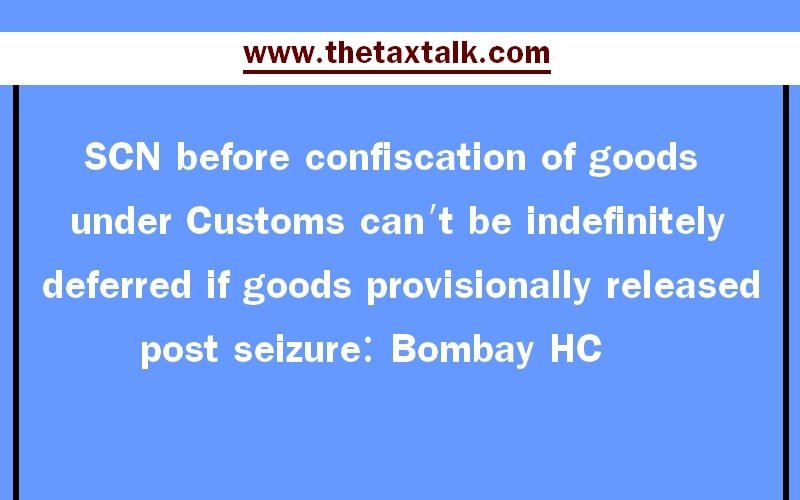 The petitioner was engaged in the business of export and domestic sales of information technology and electronic products.
It procured goods from domestic supplier and sent them for export and filed shipping bill.
The department issued summons and it was alleged that the consignment carrying the goods were having mis-declaration/ mis-labeling and seizure was made.
Due to pending inquiry and final decision in the matter, the export incentives/rewards of petitioner was withheld.
It filed writ petition to claim withheld IGST refund.
The Honorable High Court observed that Section 124 of Customs Act provides for issue of show-cause notice before confiscation of goods etc.
If within six months (extendable by another six months), no notice under section 124(a) is given post seizure; the goods shall be returned to the person from whose possession those were seized. But this time limit would not be applicable if goods were provisionally released.
But it would not mean that the show-cause notice contemplated under section 124 can be indefinitely deferred or delayed post seizure where the seized goods are provisionally released.
Since, in the instant case, goods were released but already sufficient time was elapsed since seizure memo was issued.
Therefore, it would be in the interest of justice if the same is adjudicated early.
The Court directed the jurisdictional Principal Commissioner of Customs to authorize an appropriate officer of the customs department to adjudicate the case and issue notice within a period of three weeks from the date of receipt of a copy of this judgment and order.
The entire proceeding of adjudication shall thereafter be completed within a period of eight weeks from the date of issue of notice under section 124(a) of the Customs Act.