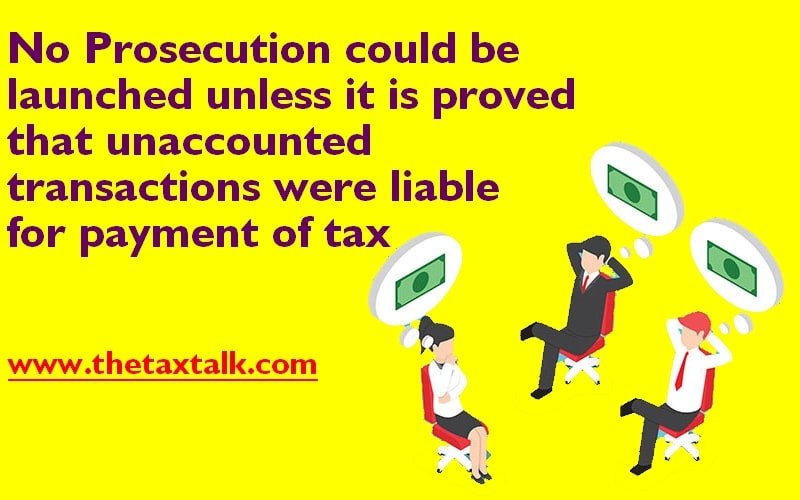 Tags: No Prosecution could be launched unless it is proved that unaccounted transactions were liable for payment of tax