New Scheme of Restructuring of loans by RBI : A Short Overview 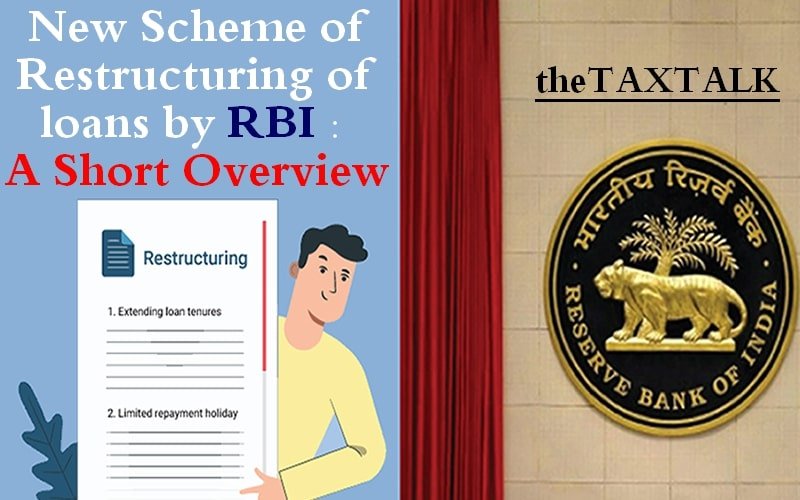 New Scheme of Restructuring of loans by RBI : A Short Overview

Retail borrowers and small businesses will be permitted to recast their loans, without being downgraded to non performing category, under a new restructuring scheme. Let’s get down to the nitty gritty:
The one-time restructuring scheme will be available for borrowers with aggregate outstanding dues of up to Rs 25 crore.
Only accounts which are classified as standard as of March 31, 2021 can be restructured.
Borrowers who have received relief under previous restructuring schemes, including that announced last year, would not be eligible.
As part of the scheme, lenders can extend the tenor of the loan by up to two years and also offer a moratorium for this period.
The scheme would have to be invoked by Sept. 30 and implemented within 90 days of invocation.

The RBI also said that any accounts restructured last year under the one-time restructuring scheme can be given a moratorium of up to two years, if not already provided.
Further, the banking regulator has also allowed lenders to review the working capital limits for small businesses that had restructured their dues in 2020 as a one-time measure.

The copy of the RBI circular is as under ;

Attachments area
Retail borrowers and small businesses will be permitted to recast their loans, without being downgraded to non performing category, under a new

Tags: New Scheme of Restructuring of loans by RBI : A Short Overview