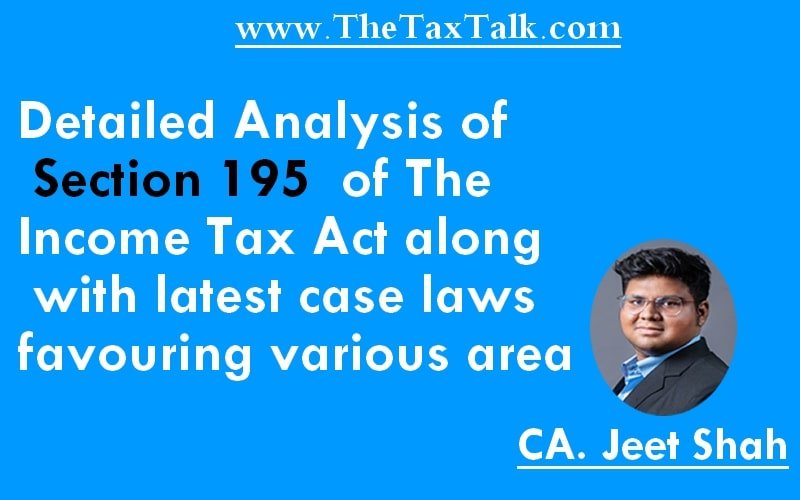 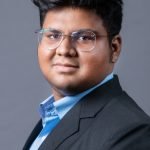 Any person responsible for paying to a non-resident, not being a company, or to a foreign company, shall deduct income-tax thereon at the rates in force is responsible to deduct tax u/s 195 of the act.

When to Deduct TDS under Section 195?

For this purpose, ―payment can be in cash or by issue of a cheque or draft of by any other mode.

If interest is payable by the Government or a public sector bank or a public financial institution, then tax deduction shall be made only at the time of payment thereof in cash or by cheque or draft or any other mode. Second Proviso to Section 195(1) exempting TDS on dividend referred to in Section 115-O has been deleted.[Finance Act 2020].

As per the provisions of Section 5(2)(b) of the Act, the total income of a non-resident also includes all income which accrues or arises or is deemed to accrue or arise in India to the non-resident.

To check whether the income of the non-resident is deemed to accrue or arise in India–We have to refer Section 9.

If the income is deemed to accrue or arise in India, then the payer is liable to withhold taxes in India.

Following shall be deemed to accrue or arise in India:

Income by way of interest payable by a Resident shall be deemed to accrue or arise in India except if amount used for business or profession carried on by such person outside India or for the purposes of making or earning any income from any source outside India.

Income by way of royalty payable by a Resident shall be deemed to accrue or arise in India except where the royalty is payable in respect of any right, property or information used or services utilized for the purposes of a business or profession carried on by such person outside India or for the purposes of making or earning any income from any source outside India.

Income by way of fees for technical services payable by a Resident, except where the fees are payable in respect of services utilized in a business or profession carried on by such person outside India or for the purposes of making or earning any income from any source outside India.

However, Gift of any sum of money from relative shall not be liable for withholding tax obligation u/s. 195.

For the removal of doubts, it is here by declared that for the purposes of this section, income shall be deemed to accrue or arise in India under clause (v) [Interest] or clause (vi) [Royalty] or clause (vii) [Fees for technical services] of sub-section (1) and shall be included in the total income of the non-resident, whether or not:

If the payment to non-resident or a foreign company is covered u/s. 9 of the Act and chargeable to tax, the provisions of Section195 of the Act shall come into play.As per Section 195 (1)–Tax is required to be deducted at the time of payment or credit, whichever is earlier at the rates in force.

Further, TDS u/s. 195 is also required to be withheld at the time of making provision on accrual basis the payee is identified and amount is ascertainable.

“Any person who is responsible for paying any sum being royalty or fees for technical services to a non-resident / foreign company carrying on business through a Permanent Establishment (PE) in India shall deduct tax u/s. 195 of the Act at the rate of tax at applicable rates.”

Following are main observations in the judgement:

“Based on the above, the ITAT separately determined whether each payment was in the nature of reimbursement of expenses or not.”

Overall take of this judgement The ruling reiterates that mere reimbursements without any profit element are not in the nature of any income and therefore such payments cannot be made subject to provisions of deduction of tax at source and consequent disallowance under section 40(a)(i) of the Income Tax Act. ITAT elaborately explained that to qualify as reimbursement, one-to-one correlation between outflow and receipt and absence of profit element is paramount.

On the onset we can discover that the services explained in case of BYK Asia Pacific gives an guidelines that any expenditure falling under Section 195 paid without any mark-up would qualify for the definition of reimbursement and such would not be liable for deduction of TDS on the end of Assessee, thus for any other expenses with same nature can become qualified for framing the guidelines for future tax advisory.