CONSTITUTION – WHEN DOES A TAX LIABLITY ARISE? AN ANALYSIS OF VARIOUS RATIOS LAID DOWN BY THE APEX COURT.

CONSTITUTION – WHEN DOES A TAX LIABLITY ARISE?

AN ANALYSIS OF VARIOUS RATIOS LAID DOWN BY THE APEX COURT. 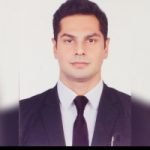 When Does A Tax Liability Accrue? Article 265 of the Constitution of India provides that no tax shall be levied or collected except by the authority of law. Such tax does not depend upon an assessment to be made by the assessing officer. Section 4 of the Indian Income Tax Act, 1961, which is the charging section, charges tax on income at the rate or rates prescribed under the Act. The Finance Act prescribes such rate. Section 4 taxes such income and requires tax either to be deducted or paid in advance under any provisions of the Act. Hence, advance tax, which is also paid during the financial year, is a tax on income, which is chargeable under the Act. So is self- assessment tax to be paid under section 140A of the Act. It is true that the income may get crystallized or quantified in a regular assessment, but that does not make advance tax, tax deducted at source or self-assessment tax any the less valid. Where regular assessment is made, further tax may be either required to be paid or excess tax, if any paid, will be refunded. Interest for any short payment or refund is also part of the exercise in determination of final tax. But where no regular assessment is made after return is filed, it tantamounts to acceptance of the return of income, so that the tax paid in excess would require to be refunded. A return of income binds the assessee to the income returned in cases, where no assessment is made, unless he files a revised return within the time prescribed under the law.

The law on the subject on the above lines was made clear by the Apex Court in CIT v. Shelly Products [2003] 261 ITR 367 (SC) in the context of an assessment made without jurisdiction as found by the Tax Tribunal. The question, that arose was, whether the assessment should be treated as one which is annulled, so as to entitle the assessee to the refund of the entire amount paid by the way of advance tax or self-assessment tax. Though the assessment got annulled, the Assessing officer was willing to refund only the tax paid by the way of advance tax and self-assessment tax. The first appellate

authority, the ITAT and the High Court felt that in such cases, the entire amount would required to be refunded in the absence of a valid assessment for the respective assessment year 1976-77, which did not have a provision, as from assessment year 1989-90 dispensing with the need for either an intimation or assessment. Even so, the Apex Court found that the tax paid either as advance tax or self-assessment tax is also tax, which is validly chargeable and that the effect of annulment was only cancellation of the demand in excess of such admitted tax, which is also a tax statutorily payable. There is nothing in section 240 requiring the refund of the entire tax payable by an assessee.

After an elaborated review of the case law on the subject, the Supreme Court endorsed the full bench of the Gujrat High Court in Saurashtra Cement and Chemical Industries Ltd. v.ITO [1992] 194 ITR 659 (Guj.), where it was held that the amount by the way of advance tax or self-assessment tax is also tax under the Article 265 of the Constitution and that where an assessment is not made or assessment made is found to be without any jurisdiction, what is refundable is only the excess over the admitted tax. An amendment by the way of proviso to section 240 of the Act authorizing retention of the tax paid on admitted income was also found to be satisfactory. The law on the subject, therefore, gets settled.

It is not unusual that the assessment gets annulled for various reasons. But such annulment puts back the legal position to a stage, where no assessment has been made. The position of law under the present scheme, of the assessment would not give rise to any doubt, though the use of the word “annul’ in such context would probably be more properly vacated or set aside, even where it is void ab initio. Now, that the first appellate authority does not have the right to set aside an assessment, he may have to make it clear that the assessment is declared void, bringing out the weakness of the unnecessary bar on the power of the first appellate authority to set aside an assessment.

Another offshoot of the case is a problem arising in a situation in an ex-parte order, where no return is filed, but the assessment is found to be invalid for the lack of jurisdiction. In such a case, probably it must be inferred that advance tax is the admitted tax, because the Apex Court’s decision in CIT v. Shelly Products (Supra) would assume that any tax paid by the way of advance tax would be treated as validly paid. Now, the next question that comes to my mind is that whether the same thing be said for TDS also? The answer according to my view, would be probably yes, because the assessee has to blame himself, if he has not filed a return in a case where the TDS is in excess of the tax payable. An assessee, who has not paid either the advance tax nor is there any TDS, but the courts passes an ex-parte order, is an a happier position, if such order is ab initio void in law.

Tags: CONSTITUTION – WHEN DOES A TAX LIABLITY ARISE? AN ANALYSIS OF VARIOUS RATIOS LAID DOWN BY THE APEX COURT.