Why JSON utility for filing Income Tax Return: What difference it will make 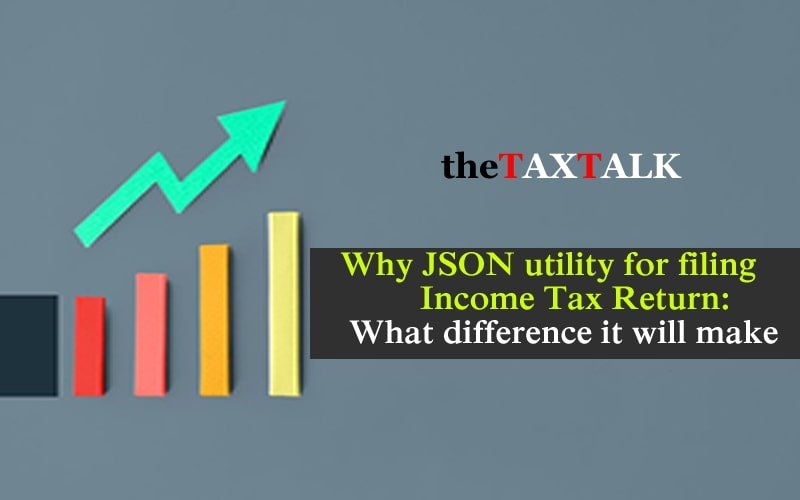 Why JSON utility for filing Income Tax Return: What difference it will make

The return filing process has been shifted from Java or excel based utility to JSON based utility.
The change is going to increase the speed for uploading the data at the income tax portal. The Java based utility has been outdated by most of the advanced countries. The shifting from XML based uploading to JSON would reduce the data size by around 65% to 70% making the process smooth and speedy.
However, the biggest problem is the sudden announcement of the department for shifting from JAVA or Excel to JSON. It would have been better if the CBDT could have announced around 6 months back about its intention to shift to JSON. This would have enabled the software provider company to plan its easy implementation. Now, all the programmes like Tax Pro, Compu Tax, Spectrum, etc would be required to ensure shifting to JSONS utility which may further be a little time consuming process.
Further, the excel based utility has also been done away now and all the returns will be on JSON based utility only.
It may be noted that CBDT has already released JSON Utility for ITR1 and ITR 4 for AY 21-22 available on efiling portal.  The utility for other ITRs will be enabled shortly, the ITR1 to 4 can be filled using a single JSON Utility. Import of the Prefill file is mandatory in utility.
Excel & Java version of ITR utilities will be discontinued from AY 2021-22 which may mean that if any return is required to be filed for earlier years pursuant to reassessment notices, it may be continued in the earlier utilities wherein data is uploaded through XML file.
For the taxpayers or tax professionals, it won’t make much difference as the programmer or software companies will be providing them with back end working which will ensure smooth front display as it was there earlier.
However, one thing is sure. With JSON utility, the process of filing or uploading income tax returns will be better. Taxpayers may not come across server downtime during peak hours or last date now. The problem which the taxpayers have faced now on 31st March or 31st July may not be there in the AY 2021-22.
1604304681791
Tags: Why JSON utility for filing Income Tax Return: What difference it will make