Deduction towards House Rent Allowance (HRA) in the Income Tax 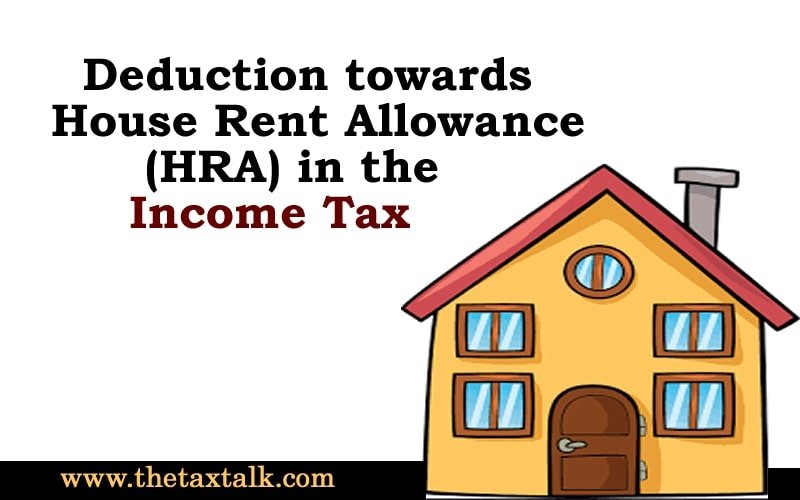 Deduction towards House Rent Allowance (HRA) in the Income Tax

As long as taxpayers are paying rent for an accommodation, they can claim tax benefits on the HRA component of the salary and also can avail the tax benefits of the home loan.
This could be the case if your own home is rented out or you work from another city etc.

2A. The amount which is not to be included in the total income of an assessee in respect of the special allowance referred to in clause (13A) of section 10 shall be—

(a) the actual amount of such allowance received by the assessee in respect of the relevant period; or

(i) where such accommodation is situate at Bombay, Calcutta, Delhi or Madras, one-half of the amount of salary due to the assessee in respect of the relevant period; and

(ii) where such accommodation is situate at any other place, two-fifth of the amount of salary due to the assessee in respect of the relevant period,]

whichever is the least.

Explanation : In this rule—

(i) “salary” shall have the meaning assigned to it in clause (h) of rule 2 of Part A of the Fourth Schedule;

(ii) “relevant period” means the period during which the said accommodation was occupied by the assessee during the previous year.]