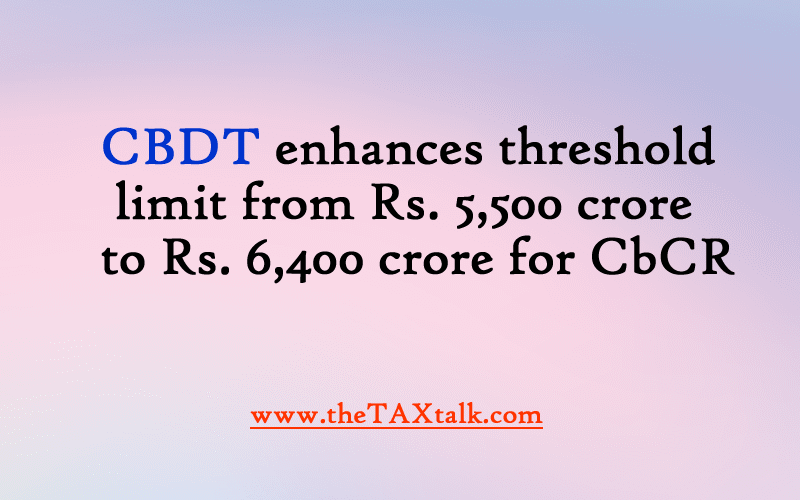 The threshold limit for applicability of CbCR has been specified under Rule 10DB. Furnishing of CbCR is mandatory if the consolidated group revenue of the international group is Rs. 5,500 crores in the preceding year. Said threshold limit has been increased