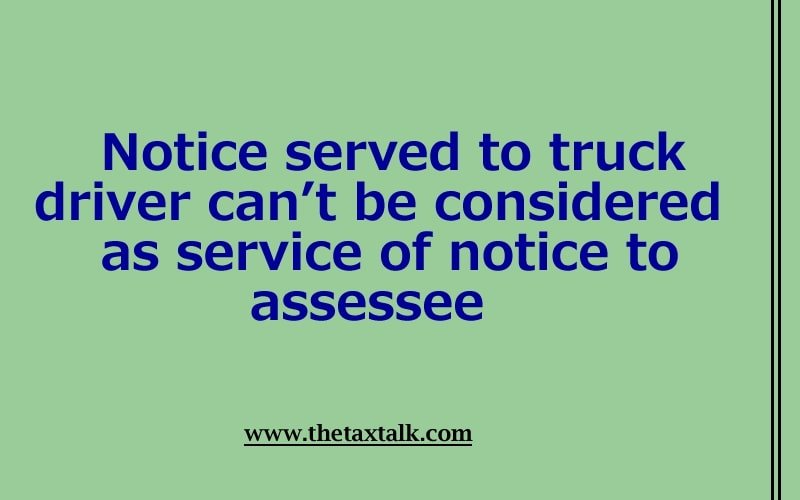 The petitioner submitted that the Authority detained goods of the petitioner under transport by an order passed under section 129(3).

It filed writ petition by submitting that none of notices as required to be served under section 129 had been served upon it and as such proceedings initiated and concluded against it were ex parte.

The Revenue, on other hand, stated that notices were got served on driver of truck and detention order was served through a fixation on truck.

The Honorable High Court observed that service of notice on driver or a fixation of copy of order on truck was none of methods prescribed under section 169 and thus it was clear that notices or order were never served upon it and proceedings were held ex parte.

Since,at no point of time, the petitioner was granted an opportunity of submitting its reply and grounds were not considered, there was a failure of natural justice.

Thus, it was held that the impugned orders deserved to be set aside with a liberty to Competent Authority to conclude proceedings in accordance with law.