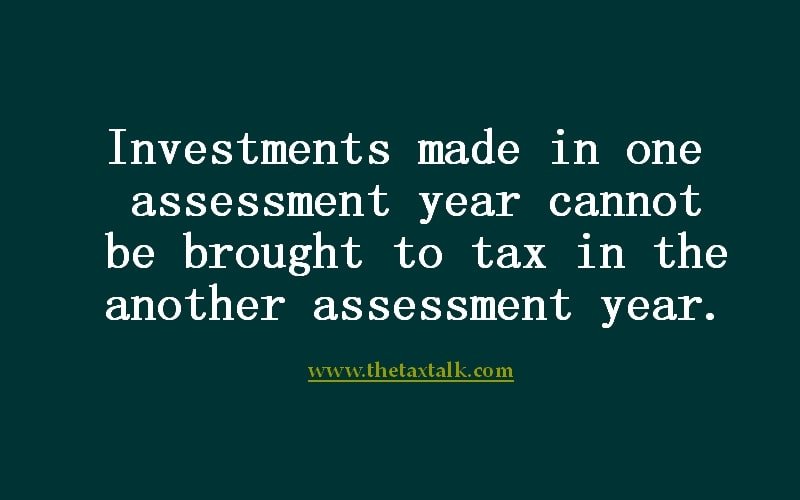 An interesting case came before Bangalore bench of ITAT in Smt. Anasuya Basi Reddy Vs ITO wherein Assessing Officer had made addition of Rs. 17,10,000/- as unexplained investment though the amount was advanced in earlier years.

The observation in ITAT Bangalore in the case of Smt. Anasuya Basi Reddy Vs ITO [Appeal Number: ITA No.193/Bang/2020, Order Dated 02/03/2021] is worth reading and so reproduced fully as under:

Here is a complete text of the interesting judgment before Bangalore ITAT.

I shall adjudicate each of the above additions as under:

“4. On verification of the Balance Sheet, the assessee has shown Advance paid towards purchase of land to Shri. H.T. Narayana Reddy of Rs.17,10,000/- and out of this amount an amount of Rs.4,00,000/- is stated to have received during the year and the net balance due from Shri H.T.Narayana Reddy is shown at Rs.13,10,000/-. The assessee’s representative has not explained in his letter dated 17.08.2010 anything about the details of investment and the details and to which bank account the amount of Rs.4,00,000/- stated to have received is credited. In the letter dated 17.08.2010 the assessee’s authorized representative has stated in para 5 as under:

“….the assessee is a Senior Citizen and solely dependent on the interest received by her from Fixed deposit in the Karnataka Bank Ltd., She does not have any dependents and she is looked after by Ashram inmates in Swamy Vivekananda Ashram, Hoody Village, Bangalore.”

By the above words the assessee’s representative appear to impress on the assessing officer to show mercy on the assessee by his above explanation, without explaining the following basic questions.

4.1 Aggrieved, the assessee preferred an appeal to the first appellate authority. The CIT(A) confirmed the view taken by the Assessing Officer.

4.2 Aggrieved, the assessee has filed this appeal before the Tribunal. The learned AR has filed a paper book comprising of 59 pages enclosing therein copies of the written submissions filed before the CIT(A), the return of income for assessment year 2008-2009, copy of sale deed dated 25.06.2003, copy of sale deed dated 25.08.2004, return of income and statement of computation of income for assessment years 2005-2006, 2006­2007 and 2007-2008, Affidavit filed by Shri H.T.Narayana Reddy, etc. The learned AR reiterated the submissions made before the Income Tax Authorities.

4.3 The learned Standing Counsel, on the other hand, strongly supported the assessment order and the CIT(A)’s findings.

This affidavit is executed and dated this 25th day of September, 2013, at Bangalore.

4.4.2 The advance paid by the assessee to Shri Narayana Reddy during the assessment year 2006-2007 is stated to be out of sale proceeds of 1 Acre 30 guntas of land belonging to the assessee and her son. Since it is clear that the amount has been advanced for purchase of land in assessment year 2006­-2007, addition u/s 69 of the I.T.Act amounting to Rs.17,10,000 cannot be made for the relevant assessment year, viz., 2008­2009. It is ordered accordingly.