ICAI is acting tough against the members for negligence. Review your tax audit report and Revise it if there is a mistake 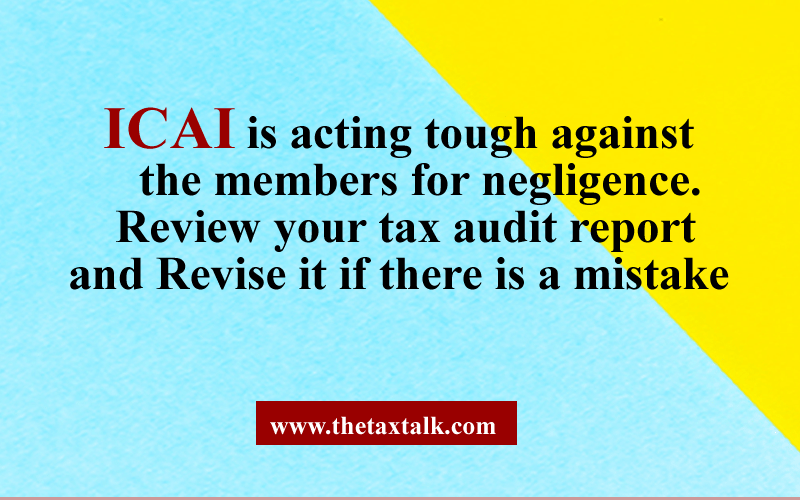 ICAI is acting tough against the members for negligence. Review your tax audit report and Revise it if there is a mistake

ICAI is acting tough against the members for negligence in the duty. The instances of complain are on the rise. This will future increase in view of the present faceless assessment scheme which will now call the data of tally or other accounting software.

This is the time for auditor to check & revise the Tax Audit Report. There is  an option at e-fling portal for revising.

It may be noted that the utility provided by CBDT for filling or uploading of the TAX Audit report has been added under heading “OTHERS” under uploading TAB.

Now, the question arises as to whether revised audit report would require new UDIN or old UDIN can be used for this purpose?

Tags: ICAI is acting tough against the members for negligence.