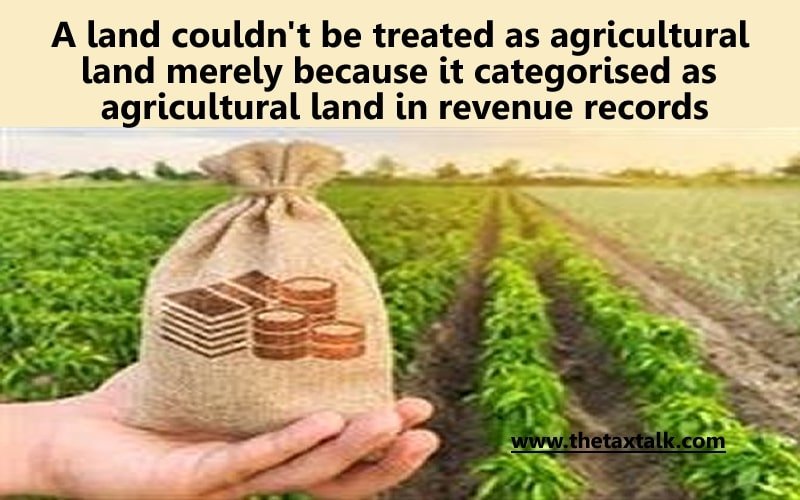 Assessing Officer treated land as non-agricultural land and held that it would come within category of capital asset under section 2(14), chargeable to tax under head capital gains

Tribunal reversed order passed by Commissioner(Appeals) only on ground that lands were shown as agricultural lands in revenue record during relevant period and, therefore, would not fall within purview of definition of capital asset under Act

However, it was found that nothing was brought on record by assessee to establish that agricultural operations were carried on prior to his purchase and after purchase

Further, conduct of assessee in selling property within a short period of one year to non-agriculturists and property being used to develop SEZ had not been taken note of by Tribunal while deciding character of land

Whether therefore, Tribunal erred in interfering with order passed by Commissioner(Appeals)