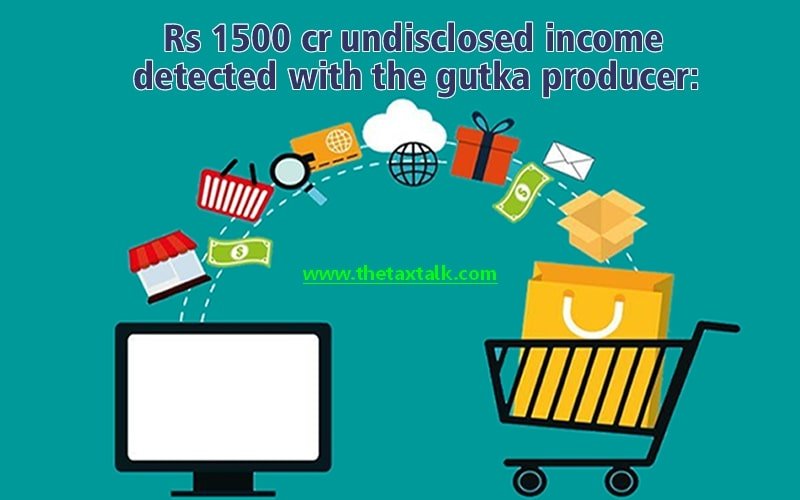 1. The Income Tax Department has detected unaccounted transactions of Rs 1,500 crore by a Mumbai-based Gutka and Pan Masala manufacturer after week-long raids on the premises of the company located across many parts of the country.
2. The raids have led to detection of foreign assets lying with a company registered in tax-haven British Virgin Islands (BVI) with an office in Dubai, and controlled and managed by the Chairman of the group. The net worth of the BVI company is Rs 830 crore created by siphoning of funds from India. This fund has been round-tripped to India in the form of a share premium amounting to Rs 638 crore in flagship companies of the group.
3. Further, it has been found that the group has fraudulently availed deduction under section 80IC of the Income-tax Act, 1961 to an extent of Rs 398 crore. The group has set up two entities in Himachal Pradesh and was found to indulge in sham transactions in order to claim the deductions.
4. It was also found in the raids that the company had unaccounted production of pan masala of an amount of Rs 247 crore at two factory premises of the group.
5. The group’s Gandhidham unit has falsely claimed Rs 63 crore deduction under section 10AA of the Income-tax Act, 1961.
6. The income tax department seized Rs 13 lakh cash and jewellery worth Rs 7 crore. Prohibitory orders have also been placed on 16 lockers and in 11 premises of the company.