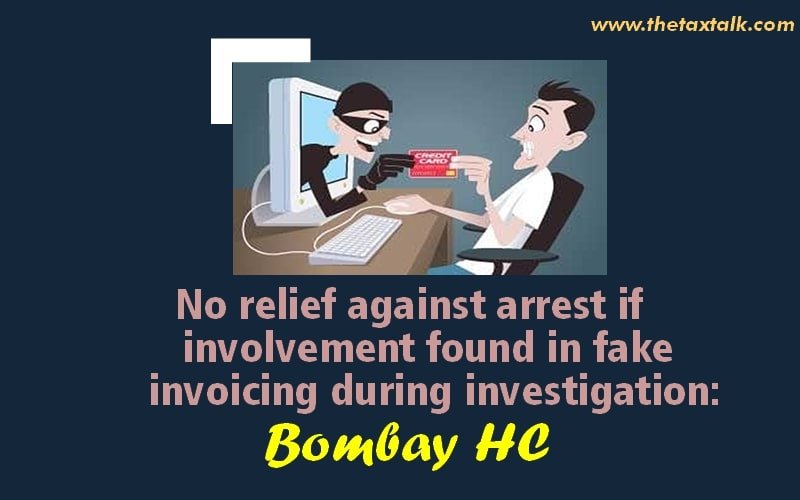 Yogesh Jagdish Kanodia v. State of Maharashtra – [2021] 124 taxmann.com 270 (Bombay)
Short Overview:
The petitioner was arrested for offence of wrongly availment of input tax credit.
He filed writ petition before the High Court claiming that his arrest under the provisions of the Central Goods and Services Tax Act, 2017 (CGST Act) was illegal.
The department submitted that the petitioner was operating four business establishments which had indulged in fake purchase invoices and sale invoices whereby bogus input tax credit was claimed to the tune of at least Rs. 11.54 crores and the amount of wrongful input tax credit passed on through fake sale invoices was not less than Rs. 9.29 crores.
In the writ petition, it was also contended that four specific distinct legal entities were wrongly treated as one and input tax credit allegedly wrongly availed did not exceed Rs. 5 crores as there was no provision under the CGST Act for clubbing the amount of alleged tax violation of separate and distinct legal entities.
Therefore, even if it was to be treated that offences under section 132 of the CGST Act had been committed, these were non-cognizable and bailable offences.
The Honorable High Court observed that the petitioner may not be held liable for the other two firms of which his father was the proprietor and Karta, insofar as ‘M/s Shree Ganesh Textiles’ and ‘M/s Yash Fabrics’ were concerned, it was only the petitioner who was the proprietor and Karta.
Therefore, he was the only person responsible for the alleged offences committed by the said two firms.
Moreover, material available through investigation clearly demonstrated that petitioner was effectively operating four business establishments which had indulged in fake invoicing.
Therefore, it was held that arrest under provisions of CGST Act was not in violation of procedure established by law and thus relief against arrest could not have been granted.