IT Investigation on a Soya group : Undisclosed Income of Rs. 450 Cr 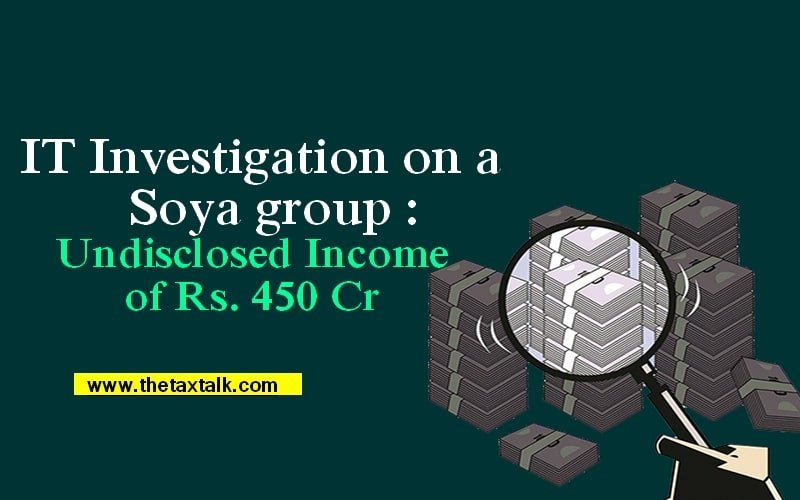 IT Investigation on a Soya group : Undisclosed Income of Rs. 450 Cr

1. The Income Tax Department has detected undisclosed income of over Rs 450 crore after it raided a Madhya Pradesh-based Soya products manufacturing group.
2. Unexplained cash of over Rs 8 crore and foreign currency of various countries amounting to more than Rs 44 lakh have been seized after the raids.
3. The group has apparently introduced unaccounted income to the tune of Rs 259 crore by way of introduction of share capital at huge premium from Kolkata-based shell companies. An undisclosed income of Rs 90 crore was introduced in its books of accounts by way of sale of paper investments in shell companies to another set of shell companies of Kolkata
4. It is alleged that bogus loss to the tune of Rs 52 crore has been claimed by the group to suppress their profits.
5. The group has also claimed  Long Term Capital Gains (LTCG) exemption of over Rs 27 crore on sale of shares of a group entity.