Income Tax Department conducts searches in Haryana:  The parties in whose names such expenses were booked were found to be unaware of transactions made in their names 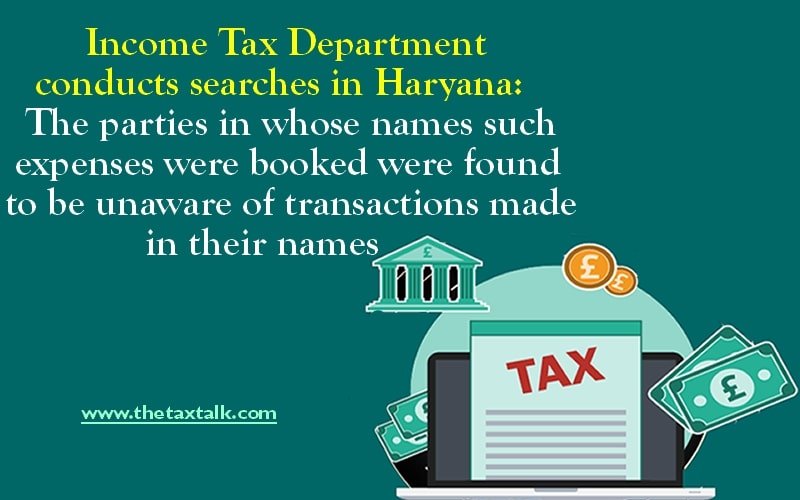 Income Tax Department initiated search under section 132 of the Income-tax Act, 1961 today in the case of a Gurugram based real estate Company, its promoters, directors and other group companies, covering a total of 20 premises. The said Company is in the business of government contracts specializing in construction of roads, highways, bridges and runways. The group is in the business of real estate development and residential complexes.

The search has yielded evidences of bogus long term capital gain of Rs. 25 crore in the names of the main promoter and family members in the year 2012-13 and 2013-14, on which no tax has been paid.

The search has also established that bogus expenses in the form of sub- contracts to the tune of Rs. 100 crore have been claimed by the group, to reduce its taxable income. The parties in whose names such expenses were booked were found to be unaware of transactions made in their names and denied any such services done by them. This amount of Rs. 100 crore has been routed back to the group companies as share capital and share premium.

Cash of Rs. 1 crore and foreign currency worth about 14000 US dollars have  been found and seized, so far. 15 lockers have been detected and have been placed under restraint.

The search is continuing and further investigations are in progress.