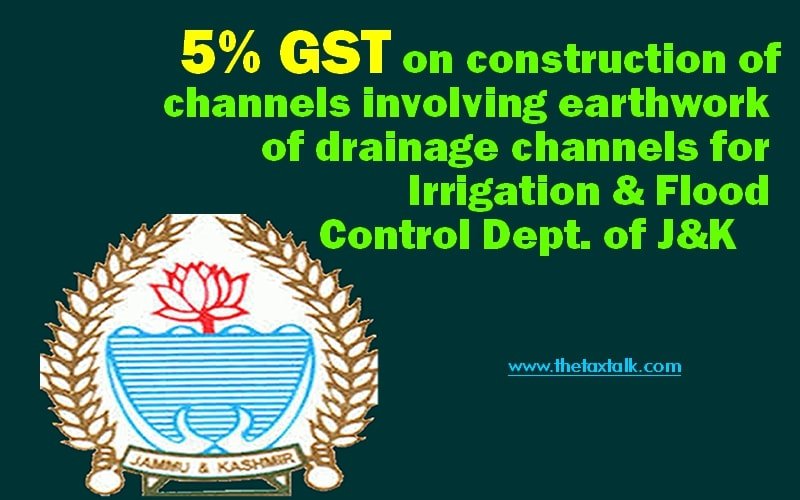 Authority for Advance Rulings, West Bengal Reach Dredging Ltd., In re – [2021] 124 taxmann.com 151 (AAR-WEST BENGAL)
Short Overview:
The applicant received a contract for construction of channels from Irrigation and Flood control Department, Govt. of Jammu and Kashmir.
The contract would include construction of channels involving earthwork in excavation and re-excavation of drainage channels.
It filed an application for advance ruling to determine supply of work contract service would attract 5% GST or not.
It was submitted that the recipient was the State Government but now it would be Union territory of Jammu and Kashmir.
The Authority for Advance Ruling observed that the applicant would be engaged in providing works contract service involving earthwork in excavation and re-excavation of the drainage channels.
The Executive Engineer certified that the total value of the works contract would constitute mainly of dredging and earthwork excavation and involvement of material would be less than 15% of the total value of the work.
Since, this contract would consist of more than 75% of the value of the contract, it would be taxable at 5% and fall under Entry No. 3(vii) of Notification No. 8/2017 – Integrated Tax (Rate), dated 28-6-2017