No relief to the Commissioner of Income Tax who was accused of corruption charges, causing loss of Rs. 7.26 Cr to the revenue. 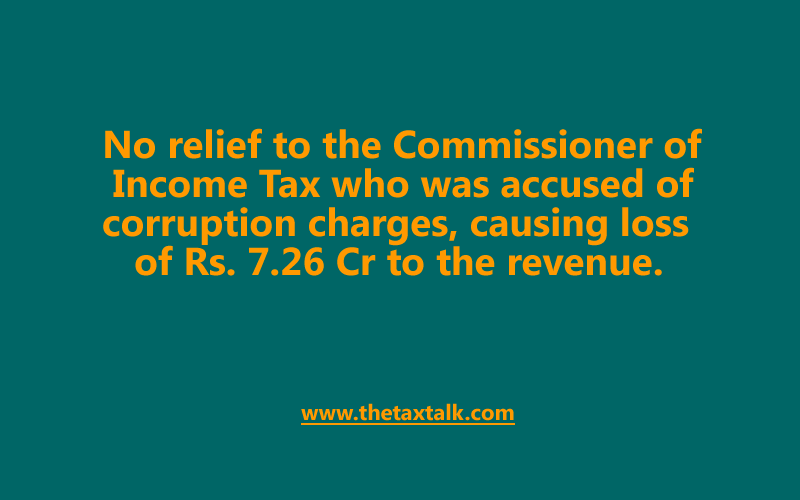 No relief to the Commissioner of Income Tax who was accused of corruption charges, causing loss of Rs. 7.26 Cr to the revenue.

Allahabad High Court in the case of S. K. Srivastava, IRS (Retd.) Vs CBI & 4 Ors has denied relief to the Commissioner of Income Tax who was accused of corruption charges, causing loss of Rs. 7.26 Cr to the revenue. The petition was filed by the retired official to quash charges in respect of offense of cheating, criminal conspiracy and Corruption against him. High Court observed that the allegation against the applicant is that by virtue of his position as appellate authority he dishonestly and fraudulently adjudicated 13 appeals outside his jurisdiction conspiring with the co-accused, thereby, causing wrongful loss at Rs. 7.26 crores to the revenue. Court while dismissing the appeal opined that there is prima facie evidence in support of the charges. The submission of the learned counsel for the applicant that the criminal prosecution does not constitute the ingredients of the offence against the applicant, lacks substance.