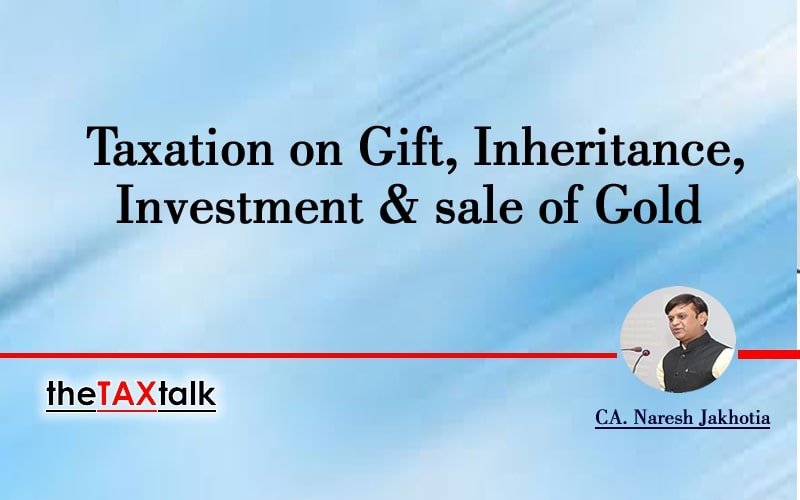 “Gold is money. Everything else is credit” – J. P. Morgan.

Diwali, India’s biggest festival is celebrated with traditional clay oil lamps, dazzling lights, colorful Rangoli & lanterns. It is also regarded as a lucky time to make investment in metals toward wealth creation. For centuries, Gold has proved itself to be the most trusted & reliable form of investments. Appreciation in the value & easy liquidity in the form of sale or Gold Loan has further strengthened the liking for yellow metal. Earlier investment in the physical form was the only option but now, one can invest in Gold Exchange Traded funds (Gold ETFs), Gold Mutual Funds (Paper gold), Gold sovereign Bonds. There are few common concerns which are often raised by the taxpayers whenever they wish to invest in Gold. The same is discussed in this article.

Gold is considered as a global currency which works even when all others fail. It is often considered as the best protection against inflation and represents the least risk of capital loss.  The fact remains

Where gold speaks every tongue is silent- Proverb