In case of rejection of the books of accounts, Estimation cannot be straight 8% or 6% 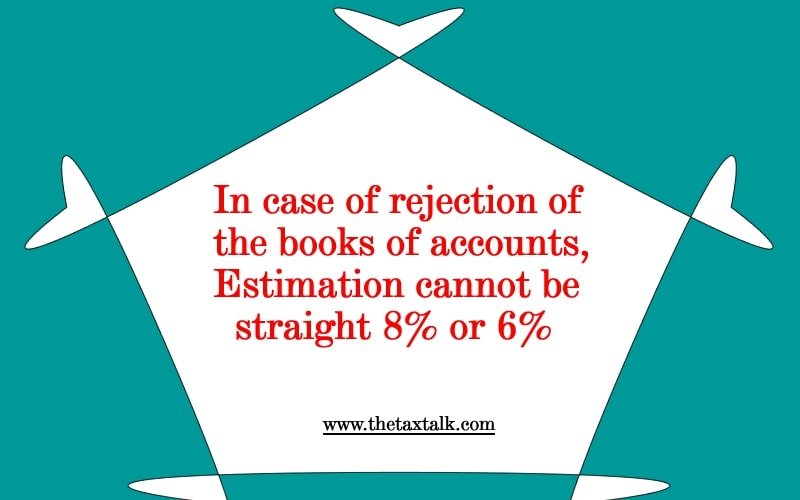