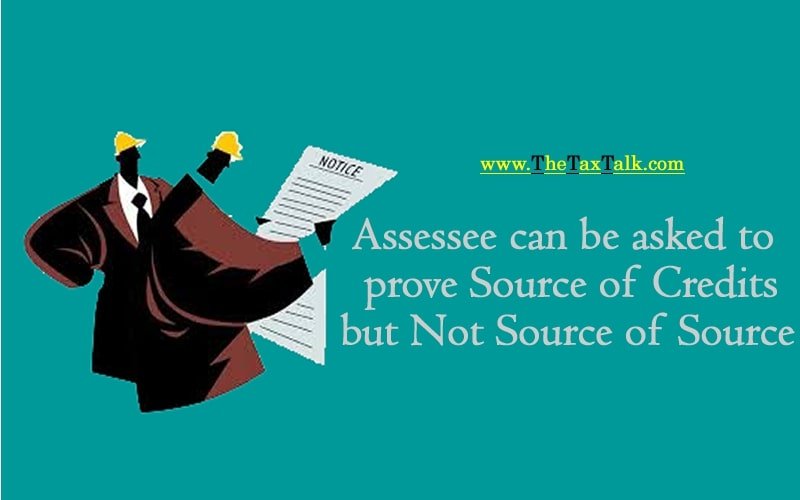 Lalchand P. Dhariwal Vs ITO (ITAT Surat)
I.T.A. No. 2623/AHD/2016
Short overview of the case:
ITAT observed that shri Kamlesh Dhariwal, son of the assessee, has filed confirmation in response to notice under section 133(6), which is discernible from Page No. 5 of assessment order. Shri Kamlesh L Dhariwal was having capital of Rs.20, 27, 632 as on 31. 03. 2012 out of which loan of Rs. 18,56,000 was given to the assessee.
It is noticed that Shri Kamlesh Dhariwal was having sufficient cash in hand out of cash was deposited in Bank and cheque amount was given out of said bank account.
Therefore, ITAT are of the considered opinion that no addition could be sustained on this account in the light of decision in the case of DCIT v. Rohini Builders [2002] 256 ITR 360 (Guj.)/[2003] 127 Taxman 523 (Guj) wherein the Hon`ble High Court has laid down that when the assessee has primarily discharged the initial onus laid on him in terms of section 68 by providing details to establish genuineness of transaction, identity and creditworthiness of depositors then the assessee is not expected to prove genuineness of cash deposited in bank account of those creditors because under the law the assessee can be asked to prove the source of credits in his books of accounts but not the source of source.
In view of these facts, the addition of Rs. 18,56,000 is therefore, deleted. ITAT further note that the loan of Rs. 2,75,000 taken from Paresh Kumar R Patel was repaid in subsequent assessment year and same stand accepted by the Department. Further, the confirmation was filed but other details could not be filed as he was residing abroad.
The learned counsel for the assessee relied on the decision in the case of CIT v. Ayachi Chandrasekhar Narsangji [2014] 42 taxmann.com 251 (Gujarat) wherein it was held that where Department had accepted repayment of loan in subsequent year, no addition was to be made in current year on account of cash credit. In view of this matter, this addition made by the AO is therefore, deleted.