Application for lower deduction of tax by the non-residents 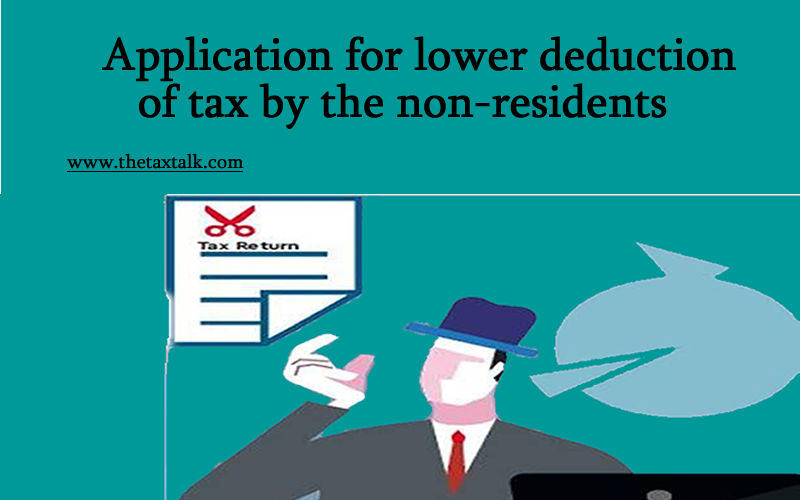 Application for lower deduction of tax by the non-residents

Any resident person selling the property is liable for TDS @ 1% and that too only if the value of the property exceeds Rs. 50 Lakh. This is not so when the NRI sells the property located in India. The rates for tax deduction at source for non-resident tax payers in India are higher than a resident assessee under the Income Tax Act 1961. TDS rate is @ 20% if the property is sold by NRI. The TDS provision in such cases is covered by section 195.

Section 195 (1) of the Act provides that any person responsible for paying to a non-resident any interest (not being interest referred to in section 194LB or section 194 LC or section 194LD) or any other sum chargeable under the provisions of this Act (not being income chargeable under the head “Salaries”) shall, at the time of credit of such income to the account of the payee or at the time of payment thereof in cash or by the issue of a cheque or draft or by any other mode, whichever is earlier, deduct income-tax thereon at the rates in force.

The rate of tax in force (other than interest under sections 194LB, 194LC and 194LD which is normally in the range of 4% to 5%) is 20% in case of a non-resident. It may be noted above that Tax deduction on salary is not covered under the provisions of section 195.

It may happen that the final tax liability by a non-resident may be lower than the TDS rate applicable under section 195 of the Act. To overcome this, Section 195(2) and (195(3) of the Act provides the relief. It provides as under:

Thus the Certificate for lower or nil deduction of tax is issued by the Assessing officer to the non-resident for a specified period mentioned in the certificate for which it is valid unless it is cancelled by the assessing officer. It may be noted that section 195 (5) provides that the Board may, having regard to the convenience of assessees and the interests of revenue, by notification in the Official Gazette, make rules specifying the cases in which, and the circumstances under which, an application may be made for the grant of a certificate under sub-section (3) and the conditions subject to which such certificate may be granted and providing for all other matters connected therewith. Pursuant to this, CBDT has prescribed Form no. 13 for making an on line application for lower deduction of tax read with rule 28B of the Income tax Rules 1962. Section 195(6) and section 195(7) provides for information to be submitted by certain TDS payers which is not relevant for this article and therefore not considered here.

Application for lower deduction of tax under section 197(3):

7.Normally following documents/ information is required to be kept handy for online submission of Form No. 13

Tags: Form No. 13Lower deduction certificate by NRITDS on NRI