When sale consideration of immovable property is shown more than DLC, there is no justification for making any addition u/s 50C: Jaipur ITAT 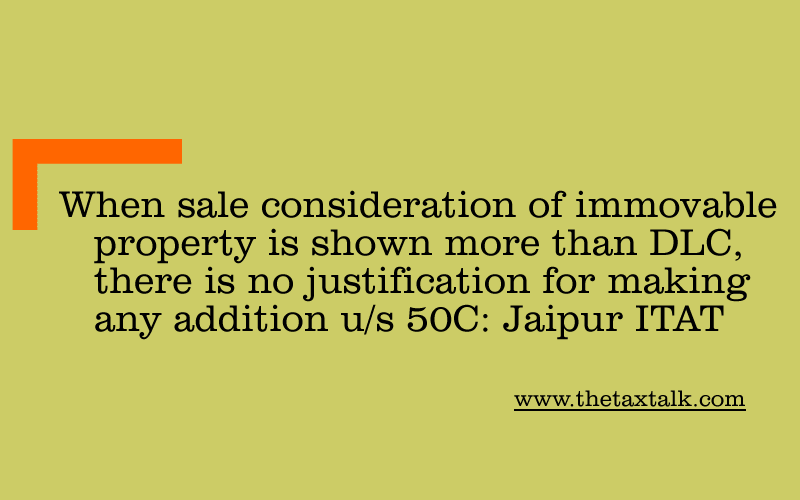 When sale consideration of immovable property is shown more than DLC, there is no justification for making any addition u/s 50C: Jaipur ITAT

Jaipur ITAT in the case of Om Prakash Agarwal Vs DCIT, ITA No.1393/JP/2019 has held that When sale consideration of immovable property is shown more than DLC (District Level Committee), there is no justification for making any addition u/s 50C.

Short overview of the case is as under:

On appeal, Jaipur ITAT on the issue as to whether when sale consideration of immovable property is shown more than DLC, there is no justification for making any addition u/s 50C has held as under: