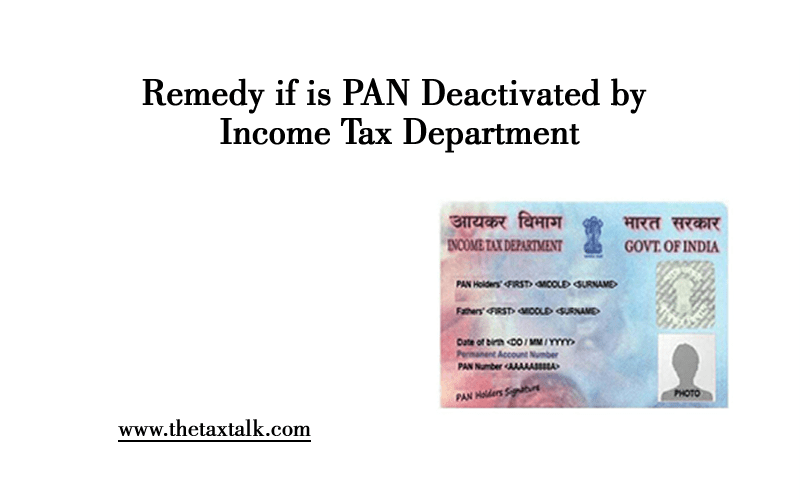 Income tax department has de-activating PAN of all income tax assesses who were allotted more than one PAN at any time in the past. This has resulted in wrong deactivation also. For example, Mr. X was using PAN with ABCPA1111O whereas there was another PAN ABCPA5555O also. Assessee was not aware of the second PAN. However, the department on getting to know the information of the assessee in both the PAN cancelled the first PAN instead of the second one. It may be noted that once the PAN is deactivated by the income tax department, the income tax e-filing login of the assessee also gets blocked and such PAN holder is barred from login and other activities at the Income Tax e-filing portal.

Now, the question arises, how can an assessee reactivate his first PAN? It may be noted that PAN in such cases can be reactivated by following the below referred procedure:

After above submission, normally the AO activates the PAN in around 15 to 30 days time frame.