Draft Resolution for accumulation of the fund by the Trust 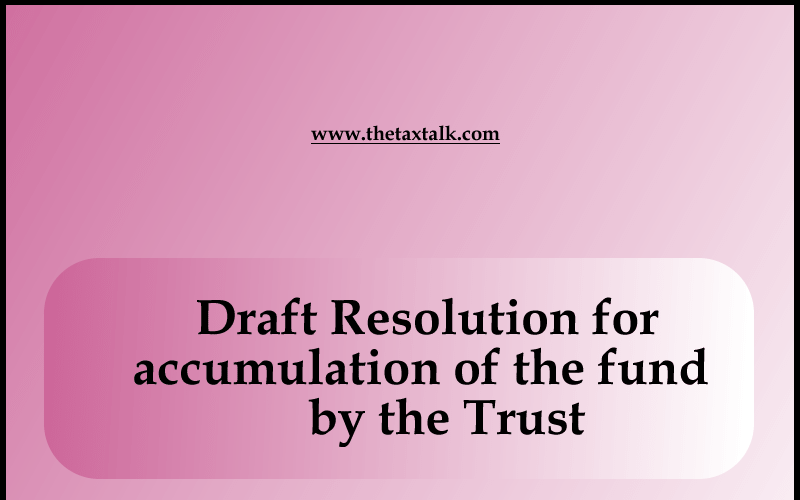 Draft Resolution for accumulation of the fund by the Trust

Trust, NGO, NPO etc are allowed to accumulate up to 15% of the income earned during the year for application for charitable or religious purposes in India in future without any restrictions and limitations.

However, if such trust wants to accumulate addition to 15% of the income subject to the compliance of the following conditions:

The question arises whether it need resolution by the trust or simply the secretary can file Form No. 10.

Obviously the purpose of accumulation need to be approved by the trustee or governing body member. The secretary of the trust should file Form No. 10 only after getting the required approval of the Governing body or trustee.

Here is a draft copy of the resolution which can be passed by the trustee and then can be given to the auditor or tax consultants for filing Form No. 10

This amount  need to applied u/s  11 (2) of the Income Tax Act, 1961 for such accumulation, and to give intimation / notice to the Income Tax Officer / Assessing Officer concerned in Form No. 10 for accumulating the same for further utilization / application within next five years.

The amount shall be be utilized / applied within the next five years.