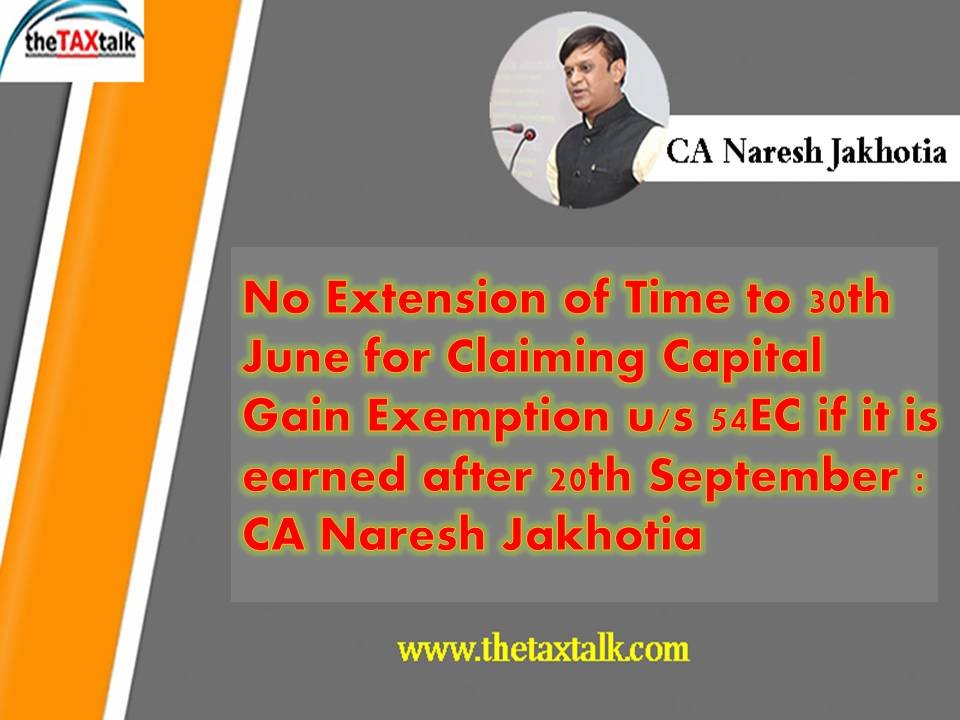 Finally, amendment for extension of date has been given legal backing. The best part is, all changes have been done by way of ordinance and not by way of CBDT notifications. All the compliances falling due in between 20th March 2020 to 29th June 2020 has been extended to 30th June 2020. The Government has reserved the right to extend it further to such other date as may be deemed fit subsequently depending upon the impact of CORONA virus.

Almost all predictions and clarification done by me has been aptly done in the press release and ordinance issued on 31st March 2020. There were lots of messages in the social media that the date is not extended for filing of belated returns or revised returns. Press note released has duly supported that the date stands extended for belated as well as revised returns. www.TheTaxTalk.com

I have, in my articles by way of FAQ, have aptly covered various issues that could arise as a result of date extension.

The question arises is now whether the persons who have earned Long Term Capital Gain (LTCG) and the 6 months period is falling due before March 2020, then whether it can also be deferred till 30th June?

Let us first know about capital gain exemption u/s 54EC. Tax on any LTCG arising from sale of any capital assets (be it  house, plot, shop, gold, or any other capital assets) can be saved u/s 54EC by investing it in a specified bonds issued by NHAI/REC. www.TheTaxTalk.com  However, there is a time limit of 6 months for claiming LTCG as exempt u/s 54EC.

There is a wrong conclusion by the taxpayers that the capital gain exemption shall be available if the investment is done any time before 30th June 2020. Taxpayers may note that the time limit is “6 MONTHS” from the date of LTCG and not 6 months from the end of the financial year.

In short, if the person has earned LTCG after 21st September then only the period of 6 months would be falling due on or after 20th March. That is to say, all the LTCG earned after 21st September 2019 will have an extended time period up to 30th June 2020 to invest in the specified bonds for claiming an exemption u/s 54EC. Taxpayers who have earned LTCG prior to 21st September will be able to claim exemption u/s 54EC only if they have invested the LTCG amount in the specified bonds prior to 20th March. In short, the benefit of extended time will not be there for such taxpayers who have earned LTCG on or after 21st Day of September 2019.

The same conclusion can be drawn from Ordinance – The Taxation and other Laws (Relaxation of Certain Provisions) Ordinance 2020, No. 2 of 2020 wherein Chapter II, section 3(1) reads as under:

[Authors special comments: Professionals may note that judiciary have taken a reasonable view while granting capital gain exemption in various exceptional cases. Even if the property is sold just few days prior to 20th September, then the court may grant the benefit of above extension based on the merits of the case. Taxpayers may invest the amount with this in mind].

For Tax & Corporate Law Updates on Mobile, we have created Telegram and Whatsapp Group with following Link:

Income Tax Act on Your Mobile Now
Android Application
for
Income Tax Act – 1961 with Cost Inflation Index
and other tools on Mobile now at following link: