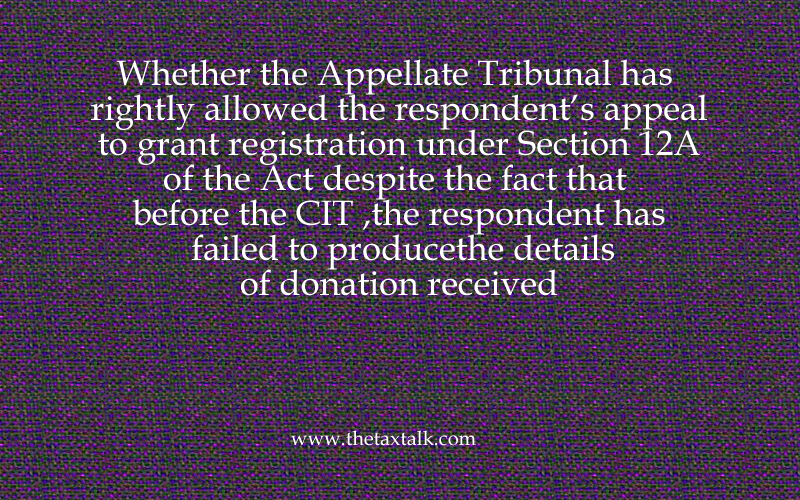 10.In the order passed by the CIT, there is no reference to the objects of the trust. The rejection is only on the ground of non- furnishing of details of donation. However, the Appellate Tribunal has referred in paragraph 4 of the impugned order, the details of aims and objects of the trust for which the trust is established. The same is reproduced hereunder for ready reference:

“1. To offer monetary assistance/grant for its utilization for the welfare of general public like providing education to the poor and deserving people, spreading awareness among people for the advancement of education, health and hygiene.