Whether non-resident agent chargeable to tax in respect of commission on the basis of receipt of income in India? 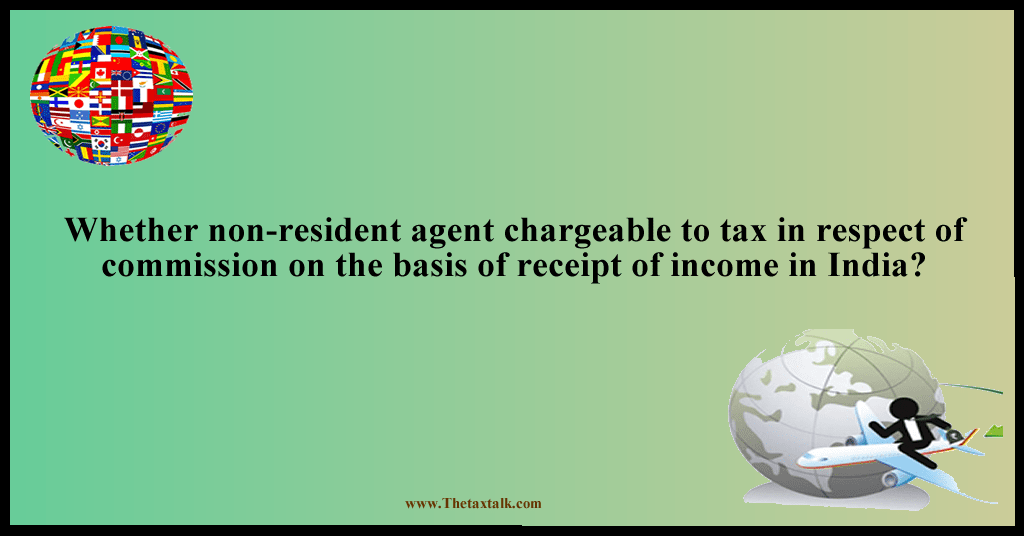 Whether non-resident agent chargeable to tax in respect of commission on the basis of receipt of income in India?

During the previous year relevant to the ay 2014-15, X exported tobacco to Japan and France.  Where it was sold through non-resident assessees- A, a Japanese company and B a French concern.  A and B were operating as X’s agents and were to be paid commission on sale effected through them. X received the entire sale proceeds in India. X made credit entries in the books of account in respect of commission payable to A and B and remitted the same to them subsequently. State whether A and B are chargeable to tax in respect of commission on the basis of receipt of income (actual or constructive) in India and whether it can be said that they have received or are deemed to have received commission when their account were credited.

It cannot be said that making of entries in the books of X regarding the commission payable to the non-residents, i.e. A and B, amounts to receipt of income by them as the amount so credited in their favour are not at their disposal or under their control. Further, it is not possible to hold that A and B either received or could be deemed to have received the commission when their accounts with X were credited, since the credit balance  only represent a debt, and mere book entry in debtors’ own book does not constitute payment which would secure discharge from the debt. Therefore, A and B con not be charged to tax on the basis of receipt of income (actual of constructive) in India during the relevant previous year.

The second aspect of the question is whether the commission amounts credited in the books of X can be treated as income accrued, arisen, or deemed to have accrued or arisen in India to non-resident assessees, A and B under the deeming provision of section 9(1)(i). These impugned payment cannot be hit by section 9(1)(i)  because explanation (a) to section 9(1)(i) provides that in the case of a business of which all the operations are not carried on in India, only such parts of the income of business will be deemed to accrue or arise in India as is  reasonably attributable to the operation carried out in India. If all such operations are carried out in India, the entire income accruing there from shall be deemed to have accrued in India. (CIT vs Toshoku ltd.)