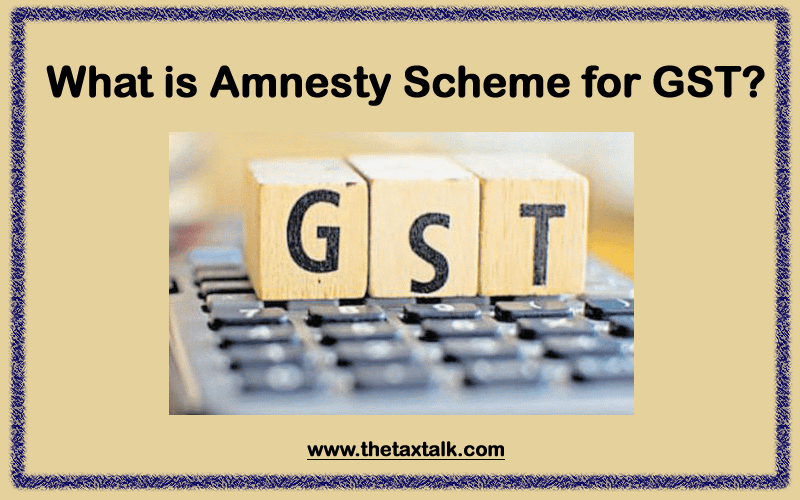 scheme from the government to deregister the GST (Goods and Services Tax) Council.

A senior tax official told, “Approximately there are 25 lakh ‘nil’ filer assessees while on an

average 10 percent of assessees have never filed returns so far”. These people do not give

anything but add extra work to the tax system. He said, “A scheme for exit will bring relief to

less pressure on the GST Network”. The government sometimes tries an amnesty scheme to

increase the compliance within the tax laws

As per the law, the person who is registered under GST has to file return anyhow i.e. in any

form. Return must be filed by the registered person either monthly (normal supplier) or

quarterly (supplier choosing composition scheme). Monthly return must be filed by an ISD

(Input Service Distributor) and show the credit distributed details per month. The person

specified amount. Also, note that a non-resident taxable person has to file the return for the

time period on no transaction

the form of late fee. If GSTR 3B is filed late then, the person must pay the late fee of Rs 50

each SGST and CGST (in case of Nil tax debt) i.e. Rs 20 per day subject to a maximum penalty

of INR 5,000 from the given due date to the actual date when the returns are finally filed. It

is said that the Amnesty scheme may provide relief from such fees.

”Initial GST days resulted in a lot of non-compliances on account of lack of clarity of the law,

compliances without any fear of penal consequences, would be a welcome step,” Harpreet

Under GST, 1.16 crore people are registered as of now including the 64 lakh people who

moved from the old system. Before GST reign, VAT/ST was the different pieces for

registration in the State, and was low as Rs 1 lakh which could reach up to Rs 20 lakh: the

thresholds for Central Excise was ₹1.5 crore and Service Tax was ₹10 lakh. As per the law, all

such people were shifted to GST.

and tax revenues. However, the timing of the scheme, immunity from penal consequences

are some critical aspects on which the success or failure of the scheme hinges”.