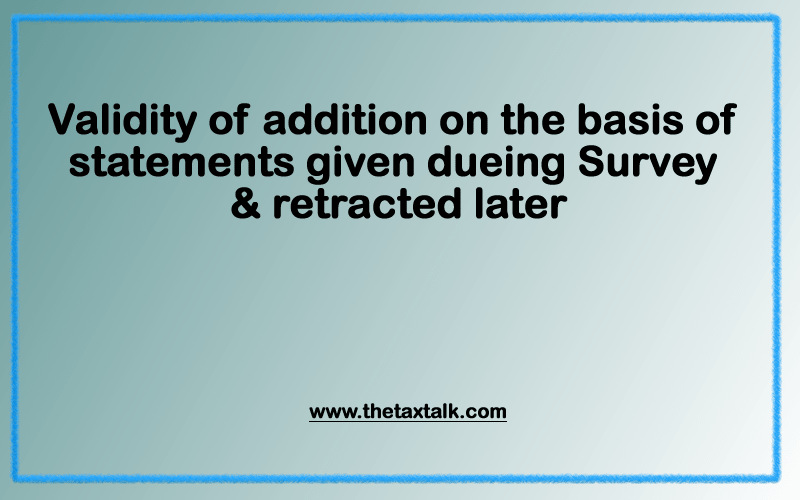 IN THE ITAT, JAIPUR BENCH

Assessee made statement during survey and surrendered certain amount on account of excess cash, unaccounted debtors, excess stock, and on account of undisclosed advance. However, assessee did not disclose the said amounts in the return of income and retracted from statement. AO made the addition on the basis of statement made during the survey by assessee.

Held:Section 133A does not empower revenue to examine any person on oath and then use it as evidence to make addition. When assessee retracts from the statement made during the survey under section 133A, it is the duty of AO to investigate the issues further and establish on each and every issue on which the surrender was made to establish the correctness of undisclosed amount by making further enquiries. Since AO had failed to do so and simply made the addition on the basis of statement made during the survey which assessee had not honoured, therefore, the addition was deleted.