Start up addition us 56. No coercive measures to recover demand. CBDT. 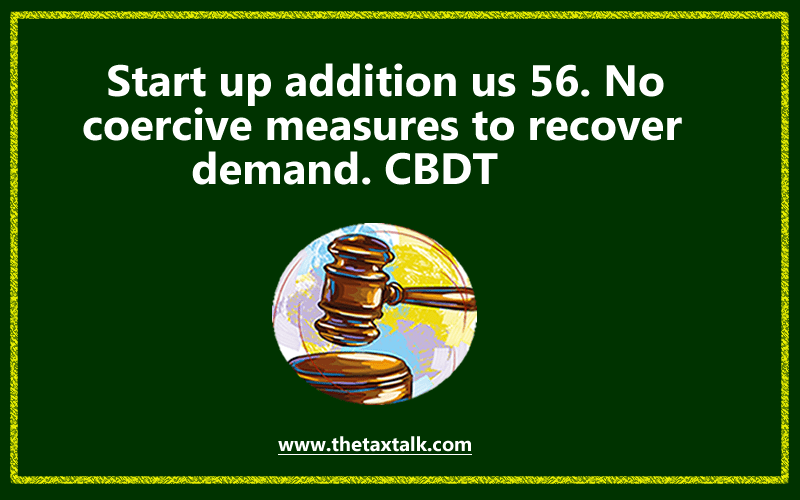 Start up addition us 56. No coercive measures to recover demand. CBDT.

CENTRAL BOARD OF DIRECT TAXES

Vide letter of even number dated 06.02.2018 on the above mentioned subject, it was instructed by the CBDT that no cocrcive measures to recover the outstanding demand would be taken in case of ‘Start up’ if additions have been made by the Assessing Officer under section 56(2) (viib) of the Income-tax Act, 1961 (hereafter ‘Act’) after modifying/rejecting the valuation so furnished under Rule 11UA(2) of the Income-tax Rules, 1962.

2. Representations on similar lines have again been received. The matter is under consideration of the Board. In view of the same, undersigned is directed to state that no cocreive measures to recover the outstanding demand should be taken in the matter till further instructions in this regard.