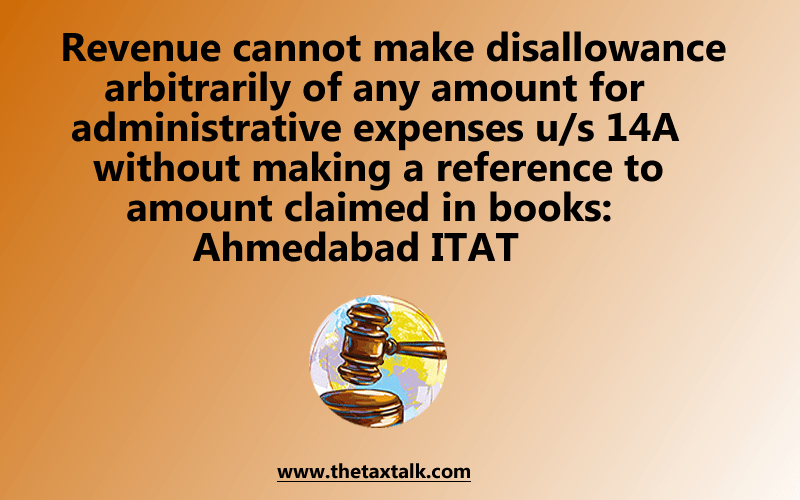 The assessee an individual, engaged in the trading and investment in shares and mutual funds, had filed return for relevant AY. The assessee during the year earned dividend income of Rs. 21,47,943/- which was claimed as exempted u/s 10(34) of the Act. The assessee claimed that no administrative expenses were incurred for the earning of dividend income. However, the AO disagreed with the submission of the assessee and held that it was not possible to have made such huge investment without incurring any administrative expenses. Accordingly, the AO invoked the provision of Section 14A r.w.r. 8D and made the disallowances for direct expenses and administrative expenses. The disallowance was added to the total income of the assessee. On appeal, CIT(A) confirmed the order of AO.

the assessee also claimed Demat charges amounting to Rs. 3,569/- which are directly connected with the dividend income as envisaged in the provision of Rule 8D (2)(i) of Income Tat Rule. Therefore, it was decided to sustain the addition of Rs. 3,569/- on account of Demat Charges. Thus, it was decided to set aside the order of CIT(A) and direct the AO to delete the addition of Rs. 5,70,349/- only. Hence, the ground of appeal of the assessee is partly allowed