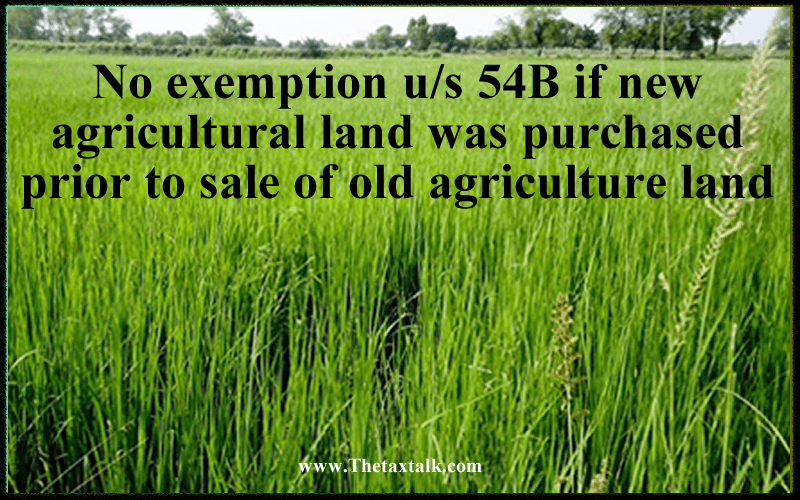 1. The assessee entered into an agreement to sell his agricultural land on 29-12-2011 and received a part of sale consideration.

2. Subsequently, another agreement was executed for sale of said land on 11-6-2013 and, therefore, the first agreement was no more in existence.

3. Assessee filed his return of income claiming deduction under section 54B in respect of the agricultural land purchased in year 2012 vide agreement dated 16-5-2012.

The Tribunal held in favour of revenue as under:

1. The provisions of section 54B of the Act set out the conditions for allowing the deduction in respect of the capital gain arising from transfer of agricultural land if the assessee has purchased within a period of two years, any other land for being used for agricultural purposes.

2. Hence, the Legislature has not intended to allow the claim in respect of the land purchased prior to date of sale of original asset as in the case of deduction under sections 54 and 54F of the Act.