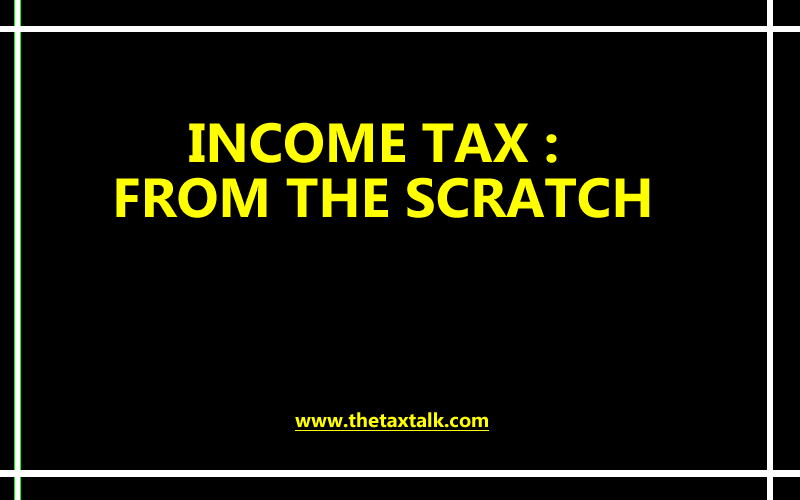 Have you ever wondered , why TAX is of so much importance in a country?

A Tax is a compulsory contribution by an individual or company to the government, whether local or national. It is the ‘compulsory’ aspect that makes it a tax, as opposed to a donation, of course. Taxes are reality of life for all of us, rich and middle-class, in some form or the other. It has become an important source of revenue for government in all countries.

There are two types of taxes:

If you are a budding entrepreneur or just got out of your college and want to start business of your own, here are some of the basic terms of Income Tax which will you would hear on regular basis and will definitely help you in conducting your affairs as a prudent citizen.

1 FINANCIAL YEAR : The financial year is the period between 1 April and 31 March in which you earn an income.

2 ASSESSEMENT YEAR : Assessment year is the following year in which this income is assessed and taxed.

AY and FY for recent years

INCOME ON WHICH YOU PAY TAX

These are the major heads under which you earn an income. You can earn income from more than one source in year. Depending upon the nature of your income it will be broadly classified and taxed under these heads of income.

TAX DEDUCTION AT SOURCE(TDS): It was introduced to collect tax at the source from where an individual’s income is generated.  The government uses TDS as a tool to collect tax in order to minimise tax evasion by taxing the income (partially or wholly) at the time it is generated rather than at a later date.

TDS is applicable on the various incomes such as salaries, interest received, commission received etc.