How Jaitley can give a wonderful new year gift? 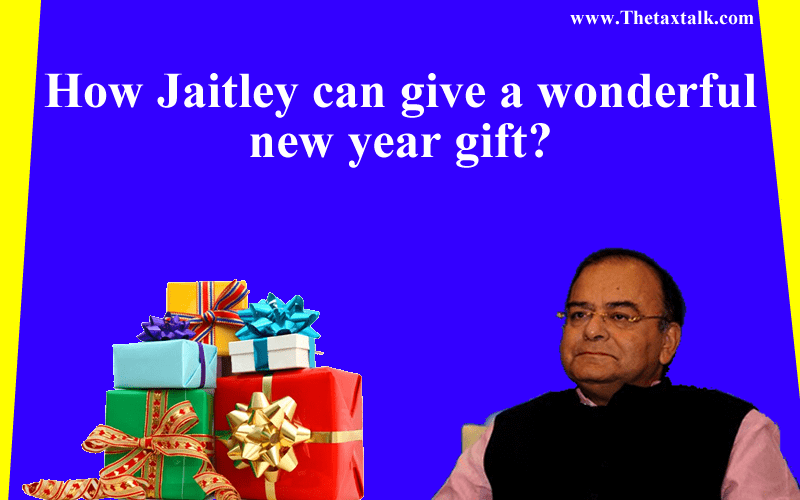 Finance minister Arun Jaitley’s announcement that the sun will soon set on 28% GST slab except for luxury items and the country can look forward eventually to only two slabs – 5% and a standard rate between 12% and 18% (apart from exempt items) is welcome. But many think he’s making haste slowly. He can be reminded of the KISS principle.

KISS – Keep It Simple, Stupid – is a well-known acronym and an accepted credo in business. Attributed to Lockheed aircraft engineer Kelly Johnson, it was to urge his engineers to keep aircraft design so simple that even a stupid person should be able to repair the aircraft with ordinary tools on the combat field.

Bureaucracy, the world over, is usually oblivious to the KISS principle. An Amazon ad boasts that it sells more than a crore different products, besides myriad services, with more categories added every day. In this context, asking bureaucrats to identify and categorise all products and services for differential tax slabs in the GST regime is the surest way to get into a muddle.

Empirical data from across the world on the benefits of a unified single tax is incontrovertible. So, an unambiguous directive to the bureaucracy is necessary to come up with just two categories: goods eligible for zero tax, and all the rest to come under a single rate, say 10% or 12% or even lower. That means everything, except those specifically exempt, is taxed.

This needs bold and clear reformist thinking at the political level. Take the so-called ‘sin’ taxes. They make no sense and are at cross purposes with government’s overarching policies of generating growth and creating jobs under the much touted ‘Make In India’.

A typical 300 room five-star hotel generates direct employment to around 500 people, 90% of whom are waiters, housekeeping staff, front desk and concierge staff, besides cooks, chefs, managers, financial and clerical staff. There are a host of others employed in associated services such as the spa, gift shops and swimming pool.

Five-star hotels also generate foreign exchange by attracting rich tourists and visitors and has a direct bearing on FDI. So, it is unwise to tax these hotels to death. It’s the same warped view that has high taxes on air conditioners, sanitary napkins and chocolates or luxury cars. They generate many ancillary jobs downstream.

One must figure out how to rev up the economy by making the rich spend, and to move more people up the value chain to buy more chocolates and ACs, instead of designing a tax system that keeps these products out of the new consumer class’s reach. Similarly, in a roadside bakery for example, officials have excelled in the art of creating confusion – bread is zero tax, but the vegetable sandwich is in the 5% tax slab, hitting the vegetable grower directly. Bun is zero but bun with a few raisins is 5%. And cakes and chocolates are 18%! It’s the same with taxes on wine, rum and beer, which generate huge employment and are the backbone of the grapes and sugarcane farming and cocoa industry.

The low-cost airline model is successful because of the KISS principle: elimination of all frills – food, water, freebies, assigned seats, etc – single-class seating, point-to-point travel with no code-sharing, direct internet booking, no middlemen … It’s an Udupi self-service hotel in the sky.

Jaitley, instead of moving gingerly as has been the case till now, should take a cue from the PM who hinted at major reforms in GST, and do away with all the confusing tax slabs in one fell swoop. He can then usher in a truly single low tax rate along with a list of exempt items. That will ensure compliance, widen the tax net, boost the economy, create jobs and increase tax collection as witnessed in many countries – a move that will be both populist and well-regarded by economists. And a wonderful new year gift to the country.

Limit of Rs. 5,000 applicable on interest income to report in Statement of Financial Transactions (SFT) by the reporting entities abolished