HC should not take technical view of dismissing appeal on the ground of delay when it has to decide simikar legal issue in respect of earlier assessment year. 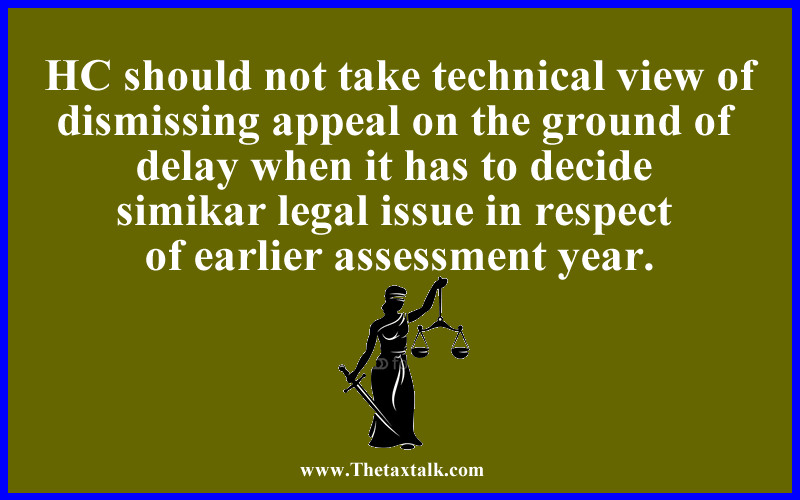 The appeals are allowed accordingly.