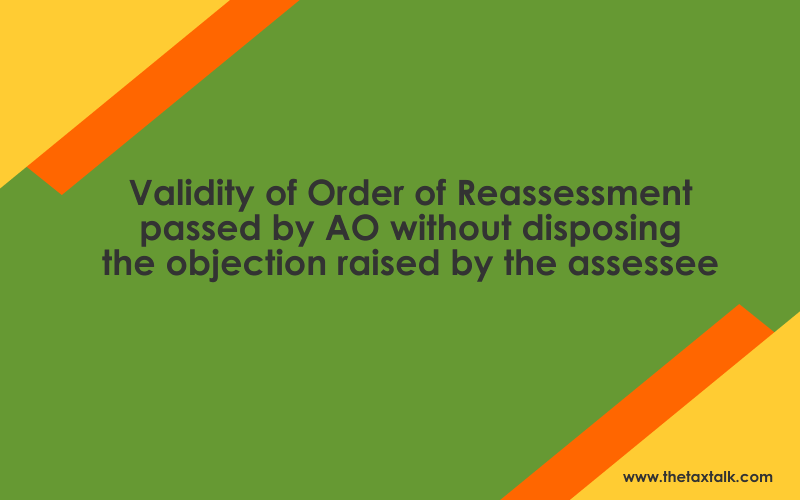 Where AO had passed the reassessment order without disposing off the objection raised by the assessee, the order was invalid because the assessee is entitled to raise objection against the reason given in reassessment notice and the same must be disposed of by a speaking order by AO before proceeding to reassess the assessee’s income in terms of the notice earlier given under section 148.

Held: AO is bound to disclose the reason of reassessment within reasonable time and on receipt of the reasons, the assessee is entitled to raise objection and if any such objection is filed, the same must be dispose of by a speaking order before proceeding to reassess the assessee’s income in terms of the notice earlier given. Order of CIT(A) was not justified because the assessee did not contest the non-communication of reasons by the AO but challenged the action of AO in not disposing of objections of the assessee which is mandatory on AO’s part. Therefore, reassessment order was quash.