Service charge not distributed to workers by restaurants and hotels liable to income tax: CBDT 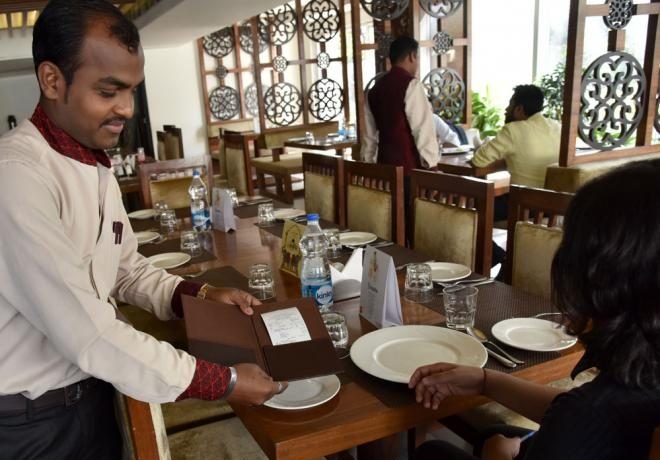 Service charge collected by hotels and restaurants but not passed on to staff and workers will be liable to income tax in the hands of such entities, the tax department has said.

The department has asked the field offices to examine the books hotels and restaurants to see if there is any ‘under reporting’ or ‘non-reporting’ of service charge collected by them.

The missive from the Central Board of Direct Taxes (CBDT) came after the Ministry of Consumer Affairs flagged that some hotels and restaurants are collecting service charge from customers in a compulsory manner, which is in contravention with the guidelines issued by the ministry.

The ministry also said that there is “every likelihood” that the service charge amount collected is not even distributed among staff and workers of the hotels and restaurants.

The CBDT, which is the apex decision making body for direct taxes, asked the field offices to examine whether there is any under-reporting or non-reporting of additional income collected in the name of service charge.

“The disclosure and disbursement details of service charge transactions as contained in P&L (Profit & Loss) A/c, I/E (Income/Expenditure) statement and balance sheet should be critically examined to ascertain whether receipts from service charges are fully disclosed as part of the turnover of the hotel/restaurant or not,” the CBDT said.

It said that in situations where it is found that the receipts have not been passed on to the staff or workers by the hotel/restaurant or there is some under reporting or non-reporting, the receipts should be duly brought to tax in the hands of concerned hotel/restaurant.

In April last year, Ministry of Consumer Affairs had issued a guideline on fair trade practices saying payment of service charge by customer to hotel or restaurant is completely optional.

The CBDT said that the Consumer Affairs ministry has brought to its notice that some hotels/restaurants are still pre-emptively deciding upon the service charge without allowing the customers to voluntarily decide whether they actually want to pay it or not.

Nangia Advisors LLP Partner Suraj Nangia said: “These guidelines are going to increase the strain of the mischievous hotels/ restaurant owners as it points out their misdeeds. Such taxpayers would now have to act prudently by either eliminating such levy on the total bill amount or passing on its effect to the hotel/restaurant’s workers”.

The ministry has also said that there is “every likelihood” that such amount collected as service charge from the customers in a compulsory manner does not actually reach the workers and is instead kept by the hotel/restaurant owners.

Ashok Maheshwary & Associates Partner Amit Maheshwari said: “To tackle cases where there is no actual reimbursement or the service charges itself has been underreported, instructions has been issued by CBDT to field officers to exercise greater scrutiny.

“However, one has to see if this would result in any tangible benefits to the tax department, since even currently non-payment of tips to staff in-spite of collecting them would definitely increase profit and consequently the taxes. One can probably expect heightened scrutiny of restaurant operators going forward.”