Prosecution even if there is no tax liability: Delhi HC 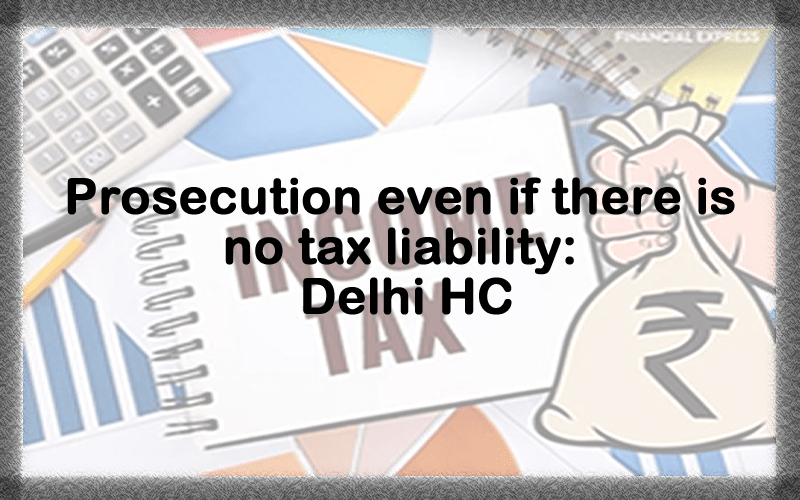 a) Assessee had failed to submit his return of income for assessment years 2003-04, 2004-05 and 2005-06 within the time stipulated for the purpose under section 139(1). A notice under section 142(1) was issued which was also not complied with. Accordingly, prosecutions were launched against assessee by filing of criminal complaints, each alleging offence punishable under sections 276CC.

c) Assessee challenged validity of said proceedings by filing instant petition raising objections that he had subsequently furnished return of income and notice under section 142(1) had followed by a fresh notice. Since said notice had not indicated any date by which compliance was to be made, assessee wasn’t in breach of provisions of section 276CC.

The High Court held in favor of revenue as under:

2) So far as other objection was concerned, subsequent notice could not prima facie be read so as to supersede previous notice, particularly to have effect of giving to assessee indefinite period for compliance because that could never be intention of law or of process issued thereunder. Therefore, objections raised by assessee deserved to be rejected. – [2018] 98, 455 (Delhi)