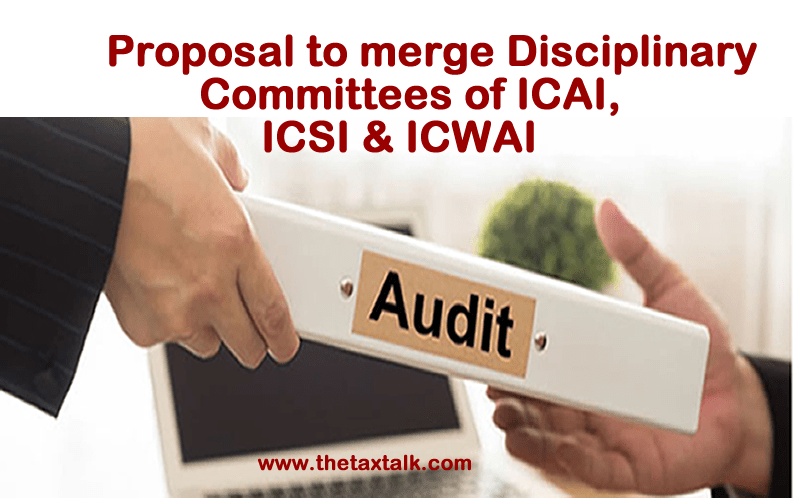 National Financial Reporting Authority (NFRA) is a body proposed in Companies Act 2013 for the establishment and enforcement of accounting and auditing standards and oversight of the work of auditors. According to Section 132 of Companies Act 2013, “NFRA is responsible for recommending accounting and auditing policies and standards in the country, undertaking investigations, and imposing sanctions against defaulting auditors and audit firms in the form of monetary penalties and debarment from practice for up to 10 years.

After the implementation of (NFRA), Times of India reported that the Government is now looking forward to discipline the three professional institutes that includes-

According to the report, the Government has pulled out a report of the high-level committee headed by a retired bureaucrat Meenakshi Datta Ghosh. The report of the committee suggested that the ministry of corporate affairs should appoint directors or discipline and secretaries in all three professional Institutes. These Functionaries are proposed to the government officers and may be appointed in the same way as those in autonomous bodies.

This new disciplinary platform shall be independent of the professional bodies. The report sought for a time of one year to dispose of the cases.

Currently, the matters take three to five years for disposal. It also suggested reducing the practice of frequent adjournments. The committee had also asked the government to merge the disciplinary committee and the board of discipline and said members elected to the institutes’ councils, the apex decision-making body, should rescue themselves in case they are subjected to any disciplinary action.